Launched exclusively to the Queensland market, the Bundaberg Rum Brewed & Crafted range has three flavour variants that are aimed at Bundy consumers in search of a more premium offering other than the usual ‘Bundy and Coke’.

“Bundaberg Rum Brewed & Crafted was created for our core Bundy consumers who are constantly looking for more authenticity and craftsmanship in their drinks,” said a spokesperson for Diageo Australia.

“Bundaberg Five Lemon Lime and Soda 6 per cent was developed in response to the growing number of consumers who seek premium bar quality drinks to consume at home,” said Diageo’s marketing manager for rum, Andrew Oughton.

“By keeping on top of this trend, we hope to not only boost sales of white rum, but also generate further momentum in the premium pre-mix category.” 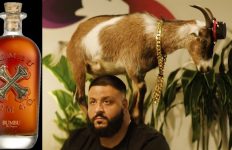