Pulling pre-mixed cocktails from a tap conjures up the worst images of low quality, overly sugared drink that worried more speed & cost instead of quality. But what if you were wrong? What if an authentic, high-quality cocktail could be served on tap? What if you could get a great cocktail, served quickly, that was consistent in taste? Bar profits would increase while customer wait time decrease. Pre-batched cocktails allow bartenders to serve multiple drinks in a fraction of the time it would take to shake and garnish an individual glass. Spirit-forward classics like the Manhattan and Negroni are easily tappable, and plenty of notable cocktail bars have caught on to the keg. Today, you’ll find everything from scratch-made tonics to tiki drinks gushing from spouts all over the country. (Read more at: Liquor.com)

Rumors have been swirling that Jorge Paulo Lemann might make a takeover offer for the world’s largest drinks group via his private equity firm 3G Capital and in partnership with US business tycoon Warren Buffett. Diageo has declined to comment on “market speculation and rumour”. Shares in Diageo, maker of Johnnie Walker Scotch whisky and Smirnoff vodka, have soared since the article was published on Friday. In 2008, 3G Capital engineered a $52 Billion merger with Anheuser-Busch Cos. to create the world’s largest brewer, AB InBev. (Read more at: TheSpiritsBusiness.com)


Within the last few years, tourism has been hot on Curaçao. Known for its gorgeous beaches, the island has lots more to do than working on your tan. Visit the new history-focused museums, a growing food culture, and a UNESCO-listed historic downtown. Closer to South America than to the United States, Curaçao is easier to access than ever. Air Canada offers flights from Toronto while JetBlue has nonstops from New York. Look for their local airport to undergo massive renovation over the next year. (Read moare at: CNTraveler.com)

It’s been charged that evaporating ethanol from ageing rum, known at the “angel’s share”, is causing a “rum fungus” problem on St. Croix. Their Senate Health, Hospital and Human Services Committee, lawmakers and officials plan to begin enforcement action against Diageo and Cruzan Rum forcing them to limit ethanol release from their rum storage facilities and help remediate damage caused an unsightly fungus to grow in surrounding neighborhoods. The rum fungus and the “red mud” cleanup of aluminum refining operations on the south coast of the island is due to be completed by October. (Read more at: StCroixSource.com)

Ever dream of escaping to a tiny island where you could escape everything and just chillout with a Rum Punch cocktail (or other libation)? You might want to visit one of these locations. Read what makes each spot so special at CaribJournal.com

This week’s Rapa Nui Reef sinking did not go as planned near Deerfield Beach, FL. All 15 Easter Island-style statues were crushed when the scuttled barge flipped while sinking. Designed to create an underwater sculpture garden, project organizers say they want to continue the project possibly building new statues and sinking them next to the overturned barge. Artist Dennis MacDonald and backers who funded the $500,000 art en-devour, plan to raise more money and try again.

I don’t know where funds will come from, but have faith we will be able to pull it together. I saw what this means to the community. We’re going to make lemonade out of this lemon. – Artist Dennis MacDonald

The Brazilian government has complained to Australia’s Treasurer Joe Hockey about zealous customs officials application of 114-year-old legislation preventings Brazilian exporters from selling a high-strength cachaca (sugar cane liquor) in Australia. They believe Brazil is being penalized because cachaca has an alcohol content of between 38-48% ABV. Brazil has submitted requests to the Australian government to have cachaca re-classified into the same category as rum.

“Cachaca and rum are clearly distinct products, not only from a technical and physical point of view, but also from the point of view of customers, who are differently stimulated in their sense by the two beverages,” the Brazilian government submission said.

Brazil wants cachaca to be recognised as a totally different product from rum to allow for the regular importation of cachaca into Australia. (Read more at: SMH.com.au)

Following the 4th Madrid International Rum Festival released their results of their 2015 rum tasting. 125 professionals attended the Conferences to judge 282 rums entered into the Competition. The IRC awards were presented on the night of the 26th, these awards recognize work and dedication in the rum industry. The recipients were: 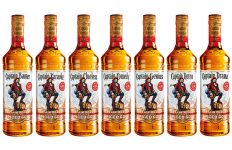 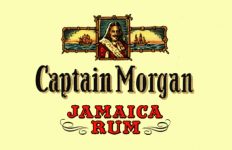