With BevCon Charleston happening this weekend I thought I would share my schedule and which events I am most looking forward to attending.

My weekend will begin with a bang when I board The Schooner Pride for a two-hour Charleston Harbor Rum Cruise hosted by Wayne Curtis, Robert Moss, and Paul Yelling. This will combine so many of my favorite things I do not know where to begin. The cruise promises rum tastings, cocktails, snacks, and discussions of the Charleston Harbor’s history and its rum trade connections with Europe, Africa and the Caribbean. The combination of rum and my love of history, especially Charleston history, makes this a dream event for me. Growing up in Charleston, and graduating with a BA in History from the College of Charleston, I am keenly aware of the city’s role as the king port to the Caribbean. I am so excited about this event; fingers crossed for good weather.

During my undergraduate days at the College of Charleston I spent many long nights drinking in the city. Charleston’s drinking culture during the early 1990s was quite different than today. Cocktails were for high-society folks; my drinking realm was cheap beer and lots of shots. Although the city remains the King of PBR and the birthplace of the Grand Ma shot, its drinking culture has grown into one of the best scenes in the United States. The peninsula now boasts a world-class dining scene and an ever growing list of great bars and fantastic bartenders. BevCon’s planned bar takeovers promise to be amazing and will include my first glimpse of Paul Yellin’s Cane Rhum Bar.

The lineup of seminars is really strong for a first time event. Picking events to attend was difficult because each one is really strong. I look forward to learning more about the craft industry, high-end press relations, Southern cocktails, building brands, and spending more time with Plantation Rum’s fantastic lineup of expressions.

So follow me on my social media channels throughout the event as I will be posting updates throughout and I will post a full wrap-up afterwards. 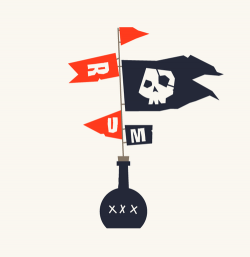 “Long before anyone ever heard of bourbon, the people of Charleston were drinking rum. Join beverage historians Wayne Curtis and Robert Moss for a unique event highlighting Charleston’s original spirit. Gather dockside and board The Schooner Pride for a 2-hour excursion. (We were going to do a three-hour tour, but we all know how those end.) Once at sea, we’ll discuss the history of Charleston’s harbor and its tight interconnectedness with Europe, Africa and the Caribbean—a story in which rum played a starring role. We’ll sample various rums side-by-side; sip cocktails that represent rum’s rich, varied history, and snack on small bites designed by Paul Yellin of Cane Rhum Bar to enhance your rum enjoyment. What better way to gain new appreciation of this essential and historic American spirit?”

The welcome reception is taking place at High Wire Distillery so I finally will get a chance to visit their location on King Street.

BevCon™ Charleston takes over the streets of Charleston and on Sunday night, eight of East Bay Street’s hottest bars and restaurants will welcome some of the best bartenders, distillers, brewers and wine professionals in the country for a takeover. 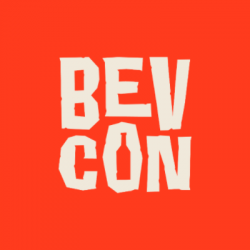 10:00am – The confusing world of “Craft”: What does using the word “craft” really mean these days?

The panel will discuss the use of the word craft hoe is its hard to define, how its changing, and where do we go from here.

A few bars, restaurants, and distilleries seem to get all the press — accolades and glowing accounts in every newspaper and glossy magazine. How does this happen? This panel will harvest the wily minds of journalists who write about food and beverages for critical information about what they’re looking for, what gets their attention and, perhaps more importantly, what things they loathe that causes doors to slam closed?

1:30pm – Sazerac to Seelbach: Iconic Cocktails of the South

Get to know the South’s eight signature drinks by backstory, reputation and taste.

3:00pm – Building a Beverage Brand from Behind the Bar

Plenty of bartenders have recipes ready to bottle and sell, perhaps even on the national stage. But making the move into retail requires sufficient funding; a shelf-stable product; distribution network and promotion, among other things. These entrepreneurs will address everything they wish they’d known when they first drew up a business plan.

BevCon™ Charleston takes over the streets of Charleston and on Monday night, ten of King Street’s hottest bars and restaurants will welcome some of the best bartenders, distillers, brewers and wine professionals in the country for a takeover. Locations include: 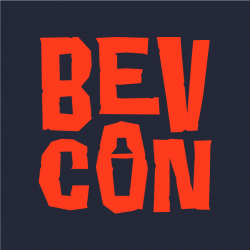 10:00am – How to Break Into the Market: From Creation to Distribution to Sales

Meet the middle man: Between production and consumption, there’s a distributor who works to connect spirits with the right audiences. This panel featuring a beverage maker, distributor and restaurateur will cover the nitty-gritty of working through established distribution channels to move ideas into the marketplace.

11:45am – A Journey through the Intricate World of Rum

Rum diversity results from a slew of distilling decisions, ranging from length of fermentation to blending techniques. Taste the differences in various cocktails, and learn how to apply them to the drinks in your bar program.

Learn more about a tradition that still holds strong today, the Cuban Cantinero, a model bartenders molded from the desires of Americas and a keeper of the craft even today. In addition, this seminar will look at “Cuba-style” bars and drinks in the U.S., and Cuba’s expansive influence on modern cocktail culture. 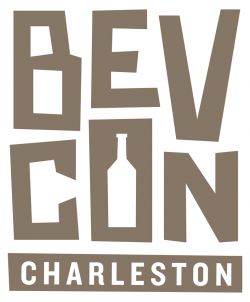 3:15pm – Can’t We All Get Along: How to Build Professional Relationships with the Media

Writers and publicists will share tips for building and maintaining healthy, professional relationships that benefit clients and consumers (and make life easier for the writers and publicists.) Topics up for discussion include ethics; communication strategies and everyday situations.

9:00pm – Grand Celebration: Taking it to the Beach!

Get on the bus, we are going to the beach. BevCon™ Charleston is in for a party like no other as we take over a lowcountry institution–The Windjammer at the Isle of Palms. The dive beach bar overlooks the Atlantic Ocean and some of the city’s seafood centric chefs will be serving up some grub. Think Lowcountry Boil by Chef Vandy Vanderwalker of The Ordinary, fish sandwiches by Chef Chris Stewart of The Glass Onion, seafood arancini by Nick Francis of Trattoria Lucca & Coda Del Pesce, seafood roll by Chef Jacques Larson of The Obstinate Daughter and Wild Olive and BBQ by Chef Rob McDaniel of SpringHouse Restaurant in Alabama and pitmasters Aaron Siegel and Taylor Garrigan of Home Team BBQ. Desserts will be by Cirsea. Ice Cream. To drink will be tiki inspired cocktails by Nick Detrich of Cane & Table, Miles Macquarrie of The Kimball House, Lane Becker of The Ordinary, Joy Richard of Mash Bar, and Jayce McConnell of Edmund’s Oast and beer and wine of various kinds. The Midnight City will be rocking the night away for this party at the beach. Beverage partners include Plantation Rum, ToPo Distillery, NC Brewer’s Association, Saison Dupont, Weihenstephan Hefe, Oskar Blues, Banshee Wines/Valkyrie Selections, Batasiolo Barbera d’Alba, Brewers Association & Craftbeer.com and JP Bourgeois.