Puerto Rican-rum brand Don Q has finally released its anticipated Oak Barrel Spiced Rum after announcing plans for the expression one year ago. 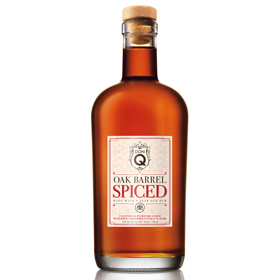 Don Q Oak Barrel Spiced Rum is produced from liquid aged for between three and six years, said to impart the “structure, smoothness and tannins” to differentiate the product from other spiced rums. A natural, bespoke blend of vanilla, cinnamon, nutmeg and clove is then added.

The resulting “dry” spiced rum is free from artificial colours and flavours.

Given nosing and tasting notes include vanilla, nutmeg, honey oak and tannins.

Don Q first announced plans for the release at the launch of its Single Barrel programme last year.

We wanted to make sure we created an elevated experience for our customers; one that would reveal how barrel ageing and pure ingredients can take spiced rum from an ordinary mixer to an exceptional spirit that is ideal for crafting unique cocktails as well as for drinking neat, on the rocks or with a splash.”