Say you are a professional kiteboarder and you are a gormet chef…oh, and your living a beachbum life in Key West, FL? How can you make your life even better?

Paul Menta thinks he’s found a way…he’s opening Chef Distilled in Key West and plans to produce the first legal rum ever on the island. 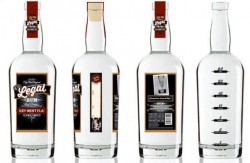 Chef Distilled has installed two, 200-gallon copper stills in a former Coca-Cola bottling plant and will be ready to start his first batch of “Legal Rum” on October 1st. Menta learned distillation at Abate’s Downslope Distillery in Centennial, CO and wants to make Chef Distilled’s Legal Rum using a sugar-wash rather than a molasses-based mash. Abate Downslope will be helping him with his first few batches which should produce 110 (750ml) bottles per run.

Once operational, Menta would like to use mostly local ingredients including South Florida Demerara sugar and locally grown Spanish limes in his spirits. He has some exciting thoughts about flavors he would like to infuse with  including his own ‘Cherry Bomb’ (cherries soaked in chocolate rum), mangos, Brazilian pepper honeys, Key Limes and Spainish Limes. Chef Distilled also plans to offer seasonal spirits including perhaps a Fantasy Fest rum and/or a hurricane rum. 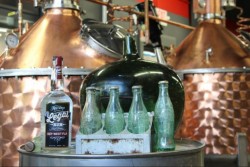 Having already invested $300,000+ to get the distillery ready, Menta’s Chef Distilled joins twenty-one (21) other licensed craft distilleries in Florida. Chef Distilled hopes to start distribution of Legal Rum within the Keys and grow across South Florida eventually. Legal Rum‘s target price is about $21 retail. They plan to offer tours and tastings and sell their rum at their own company store.

“Some of my rum is going to be raw and unfiltered like the people of Key West,” he says. “We’re not concerned about age. Down here, it’s kind of a timeless place.”

The labels on his main product, Legal Rum, will bear mug shots of people arrested in Key West for bootlegging during Prohibition. “We want to use everything local, so why not local criminals?” Menta says.

His signature drink will be a Legal Rum & Coke. His twist on the classic: The white rum will be poured over cubes of frozen Coke.

“The rum slowly mixes with the soda as it melts,” he says. “It’s a cool way to drink it.”