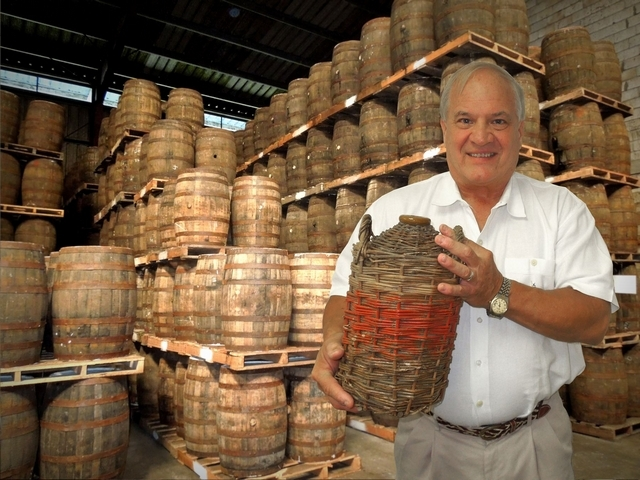 Handcrafted in wooden pots in the Caribbean, Pusser’s Rum has delighted spirit lovers for years.

Now it can call the Charleston region home.

Served for centuries to British sailors daily by the ship’s purser or supply officer until 1970, the rum took its name from seamen who corrupted the term “purser” into “pusser.”

In 1979, entrepreneur Charles Tobias bought the rights and blending information from the British Admiralty and started serving it to the public for the first time. Before that it was restricted to the Royal Navy.

In 1997, Gary Rogalski of Mount Pleasant joined the company and worked closely with Tobias to handle day-to-day operations of Tobias’ Caribbean-area restaurants and Pusser’s Rum Ltd., then based in the British Virgin Islands.

Last year, Tobias decided to sell the rum arm of his business. Rogalski bought into it with Jim Jackson of Colorado, and this week the company announced its new headquarters in North Charleston.

The 2,500-square-foot building on Technical Parkway houses administrative offices and a small warehouse for novelty clothing, marketing merchandise and its new product, Pusser’s Painkiller Mix, a blend of pineapple and orange juices and cream of coconut.

Rogalski, who is president and CEO, was not available for comment because he is in Europe setting up new accounts. Marketing Director Dean Cowart said the company has doubled case sales since the business was acquired in July.

“This has strengthened our dedication to building relationships with on-premise accounts and providing marketing and promotional support,” Cowart said Tuesday. “We also plan to boost our international retail merchandise component and have ambitious goals for the future.”

The rum maker uses a blend of five stills in Guyana and Trinidad. It is blended primarily from rum handcrafted using a wooden-pot-still distillation process that the company said provides more flavor than conventionally distilled varieties.

“It’s not the most economical way to produce it, but we think it’s a higher quality rum,” Cowart said. “Some of the wood pots we currently have are over 200 years old.”

Pusser’s Rum is a little pricier — it sells at retail stores for about $24 for a nearly 26-ounce bottle — because of the distillation process, he said.

The rum, sold across the U.S. in retail outlets and bars, is aged at least three years, and the company also produces a 15-year-old version. It is also sold in the United Kingdom and Germany and is breaking into Japan and Australia, Cowart said.

Rogalski was executive vice president to the firm that owned Pusser’s Landing in the Rice Mill building on Lockwood Boulevard. The restaurant closed in 2000 after a four-year run.

Pusser’s Rum Ltd. has moved its corporate headquarters to North Charleston from the British Virgin Islands.

Headed by Mount Pleasant resident Gary Rogalski, the rum maker uses a blend of five stills located in Guyana and Trinidad. It is blended primarily from rum handcrafted using a wooden pot-still distillation process that the company says provides depth of flavor beyond that of mass-produced rums distilled from modern semi-automatic metal column stills.

The rum is aged three years, but the company also produces a 15-year-old rum.

The brand name Pusser derives from a corruption of the word “purser,” the British Navy ship’s supply officer who retained the stocks of rum.

The new headquarters houses administration and management personnel who provide operations and marketing for the company. Pusser’s retail warehouse is also located on site.

“Since our new management assumed responsibility in July of 2012 we have doubled our case sales,” marketing director Dean Cowart said. “This has strengthened our dedication to building relationships with on-premise accounts and providing marketing and promotional support. We also plan to boost our international retail merchandise component and have ambitious goals for the future.”

The new headquarters can be found at 2233 Technical Parkway, Suite B, in North Charleston. That’s off Fain Street between Aviation Avenue and Eagle Drive.