Trademarks protect recipes, per se, but because they give to their owner the right to control the quality of use of their mark by third parties.

The New York’s Supreme Court has stated that to make these cocktails with any other spirit would be “subterfuge and a fraud.” This means bar owners who want to offer the cocktail HAVE to use the copyrighted recipe with the copyright owner’s rum. If a bar fails to follow the recipe exactly they are likely to receive a cease and desist letter. IMHO I think a recipe’s “ownership” is B.S. so I only make #NotADarkNStormy and #NotAPainkiller cocktails for guests. 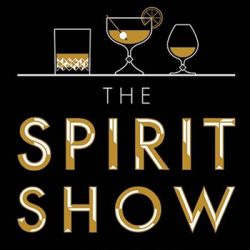 TheSpiritsBusiness.com reports about The Spirit Show coming to London.

The Spirit Show will feature a number of specialty and organic products. The event will take place December 9-10 at The Business Design Centre. The consumer event will highlight hundreds of expressions including the world’s “first” organic spirits. Organic Papagayo Rums should make both vegetarians and vegans happy.

For a new event, The Spirit Event has high expectations. Organisers are expecting 10,000 attendees where guests will be able to taste a range of spirits while enjoying a meal at the Street Food Village.

“As innovators ourselves we are delighted to join The Spirit Show which look set to become a regular part of the London Christmas social scene,” commented Chris Parker of London and Scottish 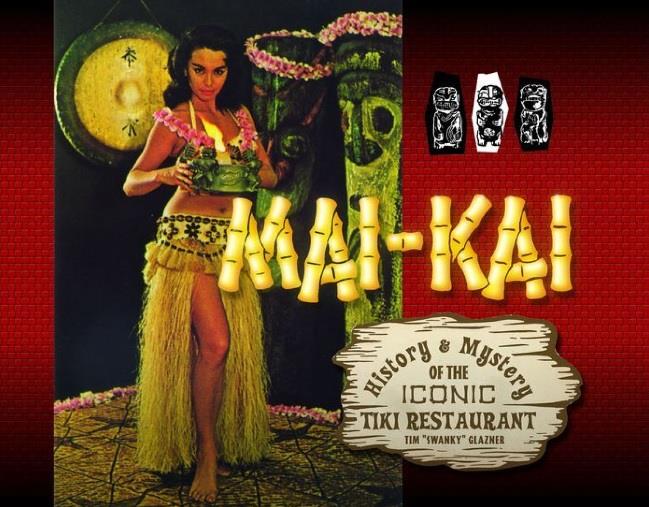 Liquor.com has a write up on Tim “Swanky” Glazer’s new book, Mai-Kai: History and Mystery of the Iconic Tiki Restaurant, documenting the history of the world’s best tiki bar, Mai-Kai Polynesian Restaurant in Fort Lauderdale, FL.

Rather than a typical history book, this is a collection of firsthand stories mixed with archives of newspapers and magazine articles, presented as a sort of album. There are no recipes for Tiki drinks, but it’s certainly an entertaining and highly visual read about the heyday of midcentury Tiki.

Up until the 1970s, bartending in the United States was dominated by men. Outside of war-time employeement, women were customer’s in bars not bartenders. The 1964 Civil Rights Act struck down barriers that prevented women from tending bar. Bartending is still fairly male-dominate and it hasn’t been easy ladies to be taken seriously behind the bar. Fortunately, there are a number of strong ladies who are fighting workplace bias and setting trends for the industry. The Bureau of Labor Statistics 2015 numbers indicate that 60 percent of bartenders now are women but many inroads still are needed including increasing female bartenders in fine-dining restaurants where the pay is best. Read more at WashingtonPost.com

Quick AJC article takes you “Back to Basics” with five classic cocktails that every home bartender can make at home. Included are recipes for each of the primary alcohols. (MyAJC.com)

PunchDrink.com has a list of all the hottest bars that will be opening around the United States this fall.

The list of amazing bars is extensive and covers most of the country’s hot spots but the most exciting opening to me is Martin Cate’s latest Tiki bar False Idol in San Diego. Tiki artists Bosko Hrnjak and Ignacio Gonzalez have designed custom tiki carvings, an indoor volcano and a floor-to-ceiling waterfall that make the place look amazing. On top of that you have to access through a hidden walk-in freezer (what?!). Throw in 200+ rum expressions and this place sounds like heaven (at least for me!).

Wayne Curtis, writing for PunchDrink.com, tells you everything you need to know about Rhum Agricole. The French AOC as strict rules for producing Agricole where terrior can have a dramatic impact on rhum’s flavor. The rapid movement from field to fermentation means each spirit captures the climate, water, soil, and air of the sugarcane’s region. Obviously most agricole comes from former French colonies (think Martinique, Haiti, Guadalupe) but there is one agricole currently being produced in the United States in limited quantities by High Wire Distilling in Charleston, SC. Owner Scott Blackwell has assured me that their latest bottling of agricole will be available before Christmas so be on the lookout. 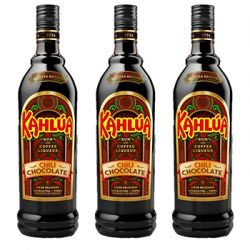 At their bar, the Cates see rum as the heart of it all, and aim to “use the aesthetic of Polynesian Pop and the grandeur of the exotic cocktail to provide a framework for the further discovery of rum.”

TheSpiritsBusiness.com recently interviewed Matthieu de Lassus, export director for Groupe Bernard Hayot Spirit Division, owner of Rhum Clément, Rhum J.M. and Saint Lucia Distillers. During the interview a number of pressing topics troubling the rum world were discussed including rum classification, differences in rums from around the world, the recent acquisition of Saint Lucia Distillers, and what’s next for the rum world and specifically their brands.

LATimes.com has an announcement about Clifton‘s new Tiki Bar in downtown LA. “Bamboo Ben” Bassham has been hinting at his work at Clifton’s for a number of months. I am sure the space will be amazing.

Clifton’s goes tiki: The cafeteria, which reopened last year after a long hiatus and is known for its lemon meringue pie and taxidermy, will open a tiki bar called Pacific Seas (the name of the now-closed first cafeteria of the old Clifton’s chain) in October. The bar will serve tiki cocktails, as well as Polynesian food from chef Andrew Pastore. Highlights include bluefin tuna in a pineapple shell with compressed watermelon; crab cakes with dynamite (spicy mayo sauce) and avocado; and a crispy whole red snapper. The bar will be accessible through a “secret” staircase and feature a hand-painted mural by Sammy Beam as well as thatch work from tiki craftsman “Bamboo Ben” Bassham. And while you sip that rum drink, there will be live entertainment by Polynesian performers. Pacific Seas will be open Tuesdays through Saturdays. 648 S. Broadway, Los Angeles, (213) 627-1673. 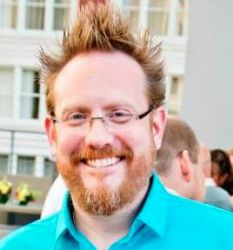 My buddy Ed Rudisell, owner of a string of successful Indianapolis bars, including Black Market Rum bar, has a good interview with Nuvo.net explaining why rum is the world’s most important spirit.

“Rum is unique in that it can only be made from sugar cane. Whiskey can be wheat, rye, corn, etc. Vodka can be made from nearly anything. Rum must be made from sugar cane. Having said that, what makes rum so exciting for me is that there are dozens of countries, each with their own traditions and sometimes regulations, making this spirit. This lack of a single governing body allows for a wide variety of rums to be produced” – Ed Rudisell

Oakland’s Longitude Bar has gained national recognition as one of the best cocktail bars in America. Owner, and rum expert, Suzanne Long has created a fantastic adventure bar specializing in rum cocktails. RumGazette.com has a nice interview with Suzanne where you learn how she went from being a music major to owning one the world’s top bars. Suzanne combined her love of tiki, mixology, and rum with her experience as the manager of Forbidden Island Tiki Lounge to create Longitude’s fabulous space two years ago. If you find yourself in the Bay area be sure the take the journey to Longitude for a rum adventure and don’t forget your pith hat!

After the collapse of the auto industry a decade ago, Detroit found itself a shell of its former glory. The city lost more than half of its population from its peak and things seemed bleak. In the interviening years, Detroit has experienced somewhat of a renaissance as young people have helped revitalize pockets of the city through cheap rents and their entrepreneurial efforts.

The Detroit bar and restaurant scene has certainly been part of this recovery. Thrillist has a two part article (Part 1|Part 2) discussing Detroit’s rising cocktail scene as recessions tend to cause an uptick in alcohol consumption. The articles have a quick run through Detroit’s Prohibitionary past, the 2008 economic crash, and the rise of craft cocktails across the city. This is a good read! 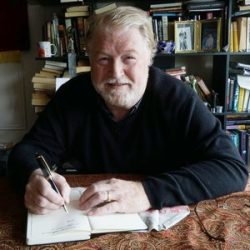 Here’s a great opportunity to explore Cuba’s people and culture in an entirely unique way by taking photos and drinking rum with Ian Williams. Reservations can now be made to visit Cuba February 10-20, 2017. With a cost of $4995, “Camera Voyages offers a hands on, bottoms up tour of Cuban rum distilleries across the island, with trips to sugar and tobacco plantations and mills and cigar factories and the bars haunted by Papa Doc Hemingway. Guests will meet and share sips and tips with distinguished master distillers who are now gearing up for the anticipated opening up of the American export market. We will also meet and drink with artists since Cuban art is world renowned – and legally exportable to the USA!”
(CameraVoyages.com) 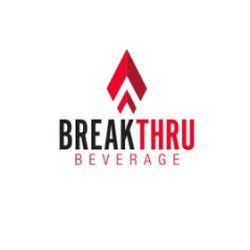 Earlier this year, a federal grand jury charged Republic National Distributing Company (RNDC) and its executives with a $9 million scheme to defraud the New York state and city and New York wholesalers by illegally selling liquor in Maryland and transferring it to retailers in New York in order to avoid New York state’s higher liquor tax. (TheSpiritsBusiness.com)

We take very seriously any accusation that impugns the integrity of Breakthru Beverage. The foundation of our company was built generations ago on the pillars of integrity and hard work. Those values hold strong today.