Halewood Wines & Spirits has opened their own craft spirits company and has announced it is acquiring a “significant stake” in rum producer Bajan Trading Co.

“Rum Sixty Six offers a fantastic platform for Halewood to invest at the premium end of the rum category,” said CEO Stewart Hainsworth. “In addition to a compelling brand story, Foursquare has the capabilities to create liquids which are unrivalled amongst golden rums.” 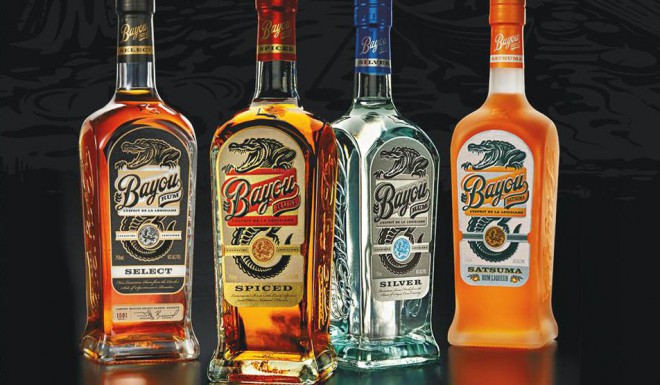 (FrontierMagazine.co.uk covers some of the new products introduced at the Tax Free World Association (TFWA) 2016.

“This best-selling craft American rum has a fantastic heritage and superior taste and is a perfect addition to our travel retail portfolio,” says Jean-Philippe Aucher, Stoli Group global duty free & travel retail director. “Rum remains an undeveloped sector with a great deal of potential – especially for premiums. We’re very much looking forward to introducing and tasting Bayou Rum with our customers in Cannes this year.”

It’s not every week that a world-class Tiki Bar opens so I thought I would share a few early look videos from inside False Idol in San Diego, CA. Martin Cate’s latest tiki spectacular looks amazing inside for the 1,000-foot-bar-only space. 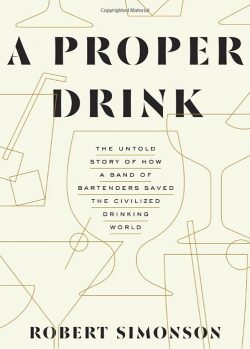 New York Times Cocktail writer Robert Simonsson has a new book out covering the Modern Cocktail revival discussing the bartenders that made it possible. A Proper Drink: The Untold Story Of How A Band Of Bartenders Saved The Civilized Drinking World covers that last 30 years of modern drinking and includes the trendsetting bartenders that have pushed cocktail culture to new heights. Liquor.com introduces readers to eight of the primary mixologists who have steered everyone away from what was two deplorable decades of drinking…the 1980s & 1990s.

“Here’s a much-abbreviated cheat sheet to eight bartenders you ought to know and some of the drinks that helped make them famous. Raise a glass to each; they helped make your cocktail what it is today. 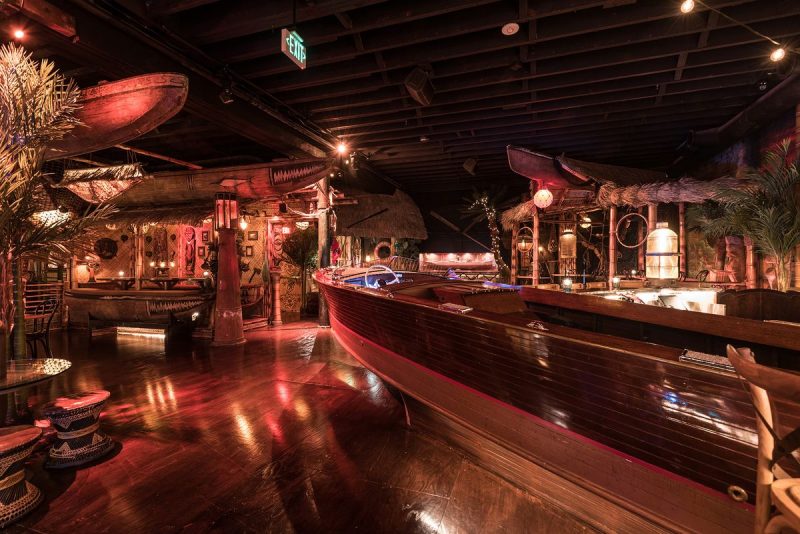 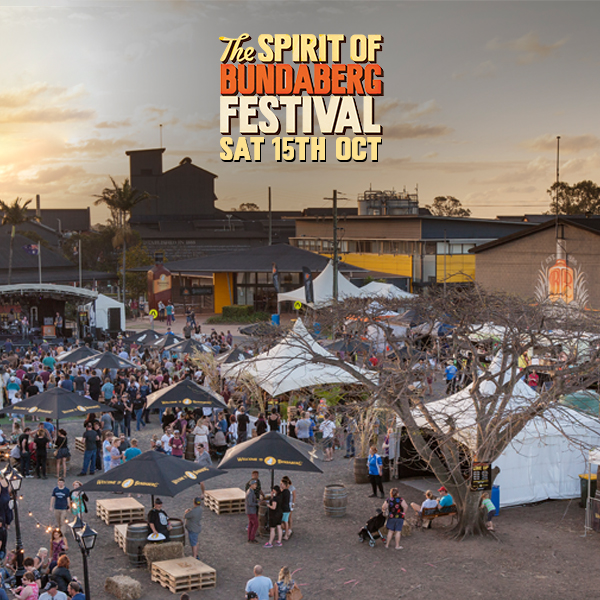 Book your room for the 2017 Bar & Nightlife Industry’s biggest event of the year. The Nightclub & Bar Convention and Trade Show in Las Vegas, NV next March 27-29, 2017. The Las Vegas Convention center turns into one of the country’s largest drinking party and you want to be there…I know I want to be there!

Well, here’s 10 things you missed at last week’s Cardiff Rum Festival…caribbean food, spiced and aged rums, cocktails and lectures by Peter Holland of TheFloatingRumShack.com. Sounds like it was a good time. (WalesOnline.co.uk)

Categorically Flawed – How Rum’s Classifications Hold It Back

About The Old Cuban Cocktail: Bartender Audrey Saunders is best known for her work at Soho’s Pegu Club, where her drink credits include this Mojito-meets–French 75 classic.

Instructions: Muddle the lime juice, syrup and mint in a mixing glass. Add the rum, bitters and ice and shake. Double-strain into a coupe glass, and top with the Champagne. 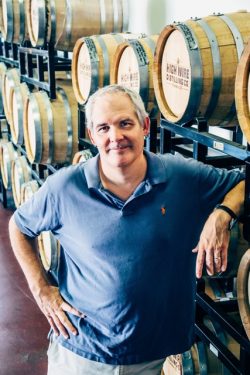 TheRumLab.com has an good interview with Scott Blackwell, founder of High Wire Distilling in Charleston, SC. I had the fortunate pleasure of meeting Scott in August where we talked about High Wire’s wonderful Rhum Agricole.

The biggest achievement you personally feel you have accomplished for the rum industry.

“My wife Ann and I feel like our biggest achievement in the rum industry have been introducing one of the only American made Agricole style rums. This style appeals to me for the purity and rawness. I like that it changes from year to year and lets the terroir of our area shine through. It’s not the easiest path in rum making especially since we don’t have commercially grown or harvested sugar canes here in SC (South Carolina) but that’s what also makes it more special.” 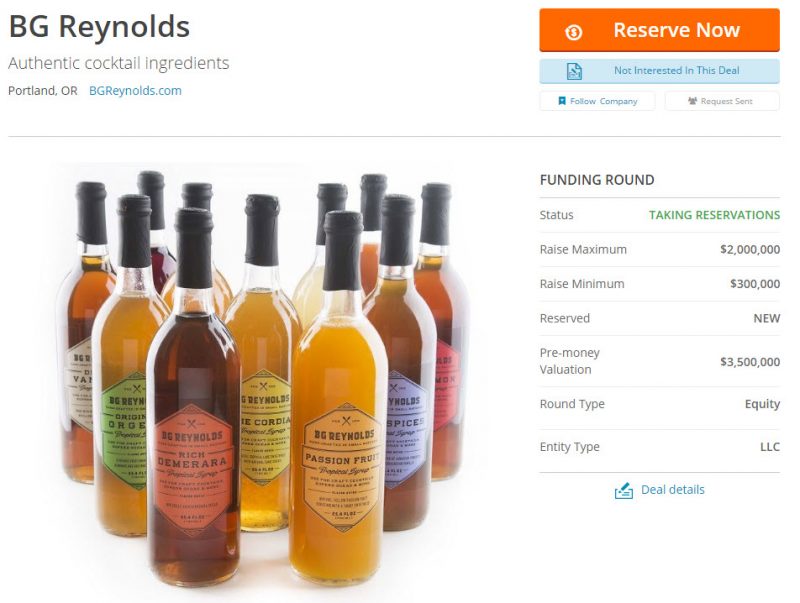 B.G. Reynolds is looking for investors. Their hope is to raise no less than $300,000 with a cap of $2,000,000. The company’s evaluation is set at $3,500,000. I hope their investment capital call works out because they make quality products that could use wider distribution. 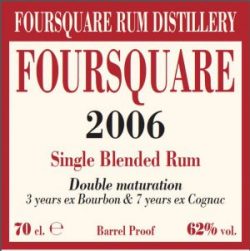 RumDiariesBlog has a good review of Velier’s Foursquare 2006 Single Blended Rum. This is a really tough rum to find and is available only in Europe. This Double Maturation rum has spent 3 years in ex-Bourbon barrels and 7 years in ex-Cognac barrels. It’s 124 Proof/62% ABV is a strong representation of rum from Foursquare. RumDiariesBlog describes the rums taste as:

“Straight away the oak is very apparent along with a little menthol vapour. Chocolate coated raisins and a sherry like nut and stewed fruit follow. Your entire palate is powerless to avoid falling under its spell. It has the robustness of the Velier Demeraras that I’ve tried previously with the gentler side of the fruitier Foursquare offerings. Further sips bring liquorice, dark stone fruits and a peppery spice. Oily citrus shows just before it starts to dry out….and boy does it dry out…..it also becomes quite tannic but not unpleasantly so. The medium to long finish is all warming chocolate initially which develops into salty liquorice and drying oak. Right at the back-end something vaguely ‘soapy’ fades in but it is not unpleasant. A little water brings out the floral qualities and gives that familiar peachy vapour that I experience frequently in Foursquare offerings.” 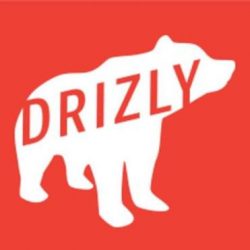 Drizly.com recently expanded their online marketplace to include on-demand alcohol shopping for a multitude of local retail outlets. The new service hopes to transform the way consumers shop for beer, wine and spirits. Online shoppers can shop local vendor’s locating the best price with the added convenience of hourly delivery or in-store pickup. Drizly services are available in and now San Francisco, CA. 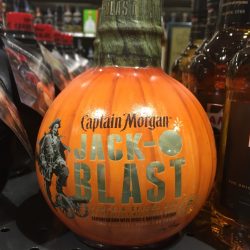 “As much as we enjoyed tropical cocktails over the summer, it’s time to make room for the bold flavours of fall everyone enjoys,” said Linda Bethea, vice president of Captain Morgan.

The round cannonball bottle is designed to look like a pumpkin while the juice arrives at 60 proof/30% ABV. It will be available across the US for a limited time with a MSRP of $15.99/750ml. (TheSpiritsBusiness.com)