Saint Lucia Distillers Group of Companies (SLD) has been acquired by Martinique conglomerate Group Bernard Hayot (GBH). GBH, owners of Martinique-based distillery’s Rhum Clément and Rhum J.M., brings together two traditions of rum making – Rhum Agricole and molasses based – into a single portfolio with the purchase of SLD. GBH says that it intends to invest heavily in St Lucia Distiller’s production and warehousing facilities.

St Lucia Distillers management and staff will remain in place under the new owners. SLD will continue using its existing export market distributors and the distribution network of GBH’s other expressions. SLD currently produces Chairman’s Reserve, Admiral Rodney and 1931. (StLucianNewsOnline.com)

“All Rum is made from sugarcane. In Spanish, Zafra refers to the act of harvesting sugarcane. It is the moment in time when nature rewards men for months of dedication and arduous labor. There is no Rum without Zafra.”

As of March 16, 2016, individuals can take “people-to-people” and educational trips to Cuba, without having to join a group tour, which can be expensive and restrictive.

To reiterate: Americans can travel solo to Cuba, starting tomorrow. Travelers must simply sign a form declaring their trip as a people-to-people experience, or educational in nature. Straightforward, lay-on-the-beach tourism is still prohibited.

Today’s revisions to limitations between Cuba and the U.S. also permit Cuban citizens to earn a salary in American dollars, and U.S. banks and businesses have been given some slack with Cuban transactions and future endeavors, too. (TravelAndLeisure.com) 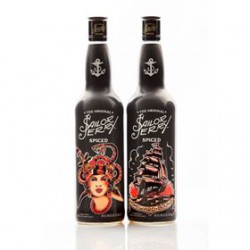 TheSpiritsBusiness.com reports that William Grant & Sons will soon launch a series of limited edition flash art bottle wraps and cups for its Sailor Jerry rum brand exclusively in the UK and Australia. The bottle wraps feature designs by tattoo artist Norman ‘Sailor Jerry’ Collins. Each of the four new designs – the homeward bound ship, an American eagle, a pin-up girl and a Gypsy – holds a specific meaning.

– The gypsy design represents “good fortune”, while the ship is “practical, patriotic and metaphorical” – tattooed on sailors as a reminder of home.
– The eagle is a symbol for America, and represents “honour, prowess and intelligence”, while the pin-up girl design – arguably Sailor Jerry’s most iconic – represents the “ideal and extremes of femininity”.

“We wanted to provide our consumers with a collectible run of new bottle wraps based on the great, iconic works of our founding father Norman Collins. These new wraps showcase some of the highest quality flash art that has spanned generations, and we’re proud to continue spreading the word of Norman Collin through this limited edition packaging.” – Dave Hort, senior brand manager of Sailor Jerry 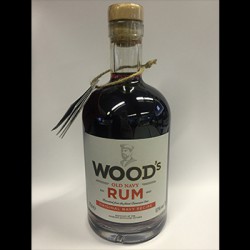 “After evaluating the brand’s rich history, consumer trends and the dark rum category, we recognised an opportunity for the rejuvenation of Wood’s. Without straying from the navy history, we wanted more premium packaging to match the quality of the liquid inside the bottle, which hasn’t changed since it was established in 1887.” – Gwilym Cooke, Wood’s brand manager

Distilled from black strap molasses at the Diamond Distillery in Guyana, Wood’s is distilled in the only working single wooden pot still in the world. The Demerara navy rum is bottled at 57% ABV. (TheSpiritsBusiness.com) 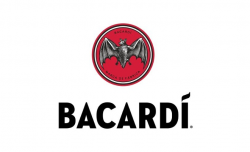 Launched as part of Bacardi’s Good Spirited environmental campaign, the group’s ‘No Straw’ movement will remove all straws and stirrers from its North America regional headquarters in Florida and its Bombay Sapphire Distillery in Hampshire, UK. Bacardi is not alone in this movement, they join the National Parks and a number of hotels, restaurants and bars in implementing the change.

Among the most collected pieces of ocean trash, it is reported that 500 million straws are used and discarded each day in the US alone

“Plastic straws don’t biodegrade, and their use is ubiquitous across many industries including the spirits market…We are resolved to be part of the solution, and this includes reducing the amount of waste we produce.” said Ian McLaren, director of trade advocacy for Bacardi

By having Bacardi employees use metal stirrers and drink without straws during in-house happy hours, the company expects to keep 12,000 straws and stirrers out of landfills annually. (TheSpiritsBusiness.com)

Currently the barman behind PX and the cocktails at Restaurant Eve in Alexandria, Todd Thrasher plans to begin distilling his own rum next year. Potomac Distilling Co., the rum distillery and tiki bar from the Eat Good Food Group, plans to open in September 2017 in Washington, D.C.

Potomac Distilling plans to include three bars including a grassy rooftop bar outfitted with tiki torches and a fire pit. Each bar will seat about 100 people year round, and should be able to double capacity in warmer months. Restaurant Eve chef Cathal Armstrong (who’s opening his own place on the Wharf) will produce a small, 15-to-20-item bar menu that will pair with the rum-based cocktails. (WashingtonPost.com) 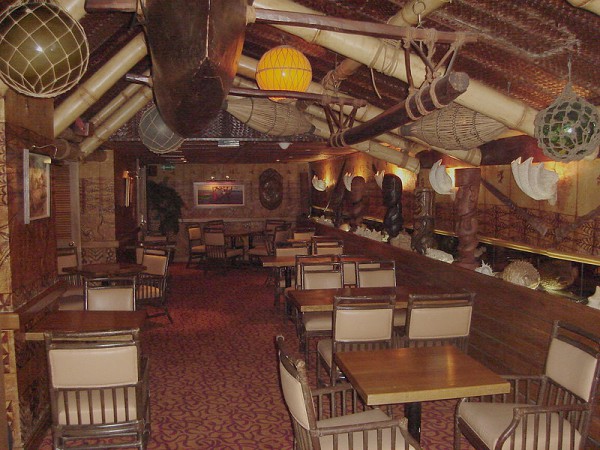 “Tiki bars are all about three things: exotic drinks, delicious food, and warm hospitality. Blair says, “With a tropical cocktail in your hand, surrounded by tribal artifacts and Tikis, listening to mellifluous music, there’s no need to remember what time it is. You’re on island time.”

Carnival Cruise Line is the first US company to recieve Cuban approval to sail into Cuban ports since 1959. Carnival’s Fathom, a social impact cruise ship, has received approval from the Cuban government to call on Cuban ports. The company had received US approval to sail to Cuba back in July 2015.

Fathom’s website is booking reservations for the Cuba cruise at prices ranging from $1,800 per person for an inside cabin to $7,320 for
a suite. The inaugural voyage for the Adonia 1, with a capacity for 704 passengers, is May 1 with arrival in Havana the same day.
Fathom onboard activities will feature Spanish lessons, impact workshops, specialty restaurants, cultural immersion opportunities,
among other options.

The ship’s itinerary includes: cultural activities in Havana for the first two days; cultural immersion at sea on day three; a call at Cienfuegos
on day four; a call at Santiago de Cuba on the final day. (CubaJournal.com)

Rum:30, a new Florida craft rum, is set to be released at the 2016 Wine & Spirits Wholesalers of America Convention.

Created by Fred Greene and Cameron Grace, two Fort Lauderdale marketing executives, Rum:30 is the product of their desire to produce a craft rum that “captures the spirit of Florida.” Aged in in white American oak barrels, Rum:30 is infused with freshly cut orange peels. (BevNet.com)

“It’s long been said that rum has been overdue for its time in the spotlight, and what we wanted to do was to create a Craft Rum that captured the spirit of Florida in a bottle. We wanted a spirit that was sophisticated yet relaxed – Rum:30 is great for sipping neat or on the rocks, or enjoyed in one of our unique concoctions. We’re extremely excited to be debuting Rum:30 at the 2016 Wine & Spirits Wholesalers of America convention in Las Vegas this April.” – Fred Greene, co-owner of Rum:30