United Kingdom readers can now order New Grove Honey Rum Liqueur. New Grove Honey Rum Liqueur is made with New Grove Plantation traditional rum, an entirely sugar cane spirit, that is infused with natural essence of honey from the island of Rodrigues [Mauritius]. It has a pale golden hue and carries pleasant scents of spices, citrus peel, grapefruit and subliminal honey bread. It is a good aperitif or digestif. (RumShop.co.uk)

Heritage and quality make up the quintessence of New Grove. This liqueur, blended with New Grove Plantation traditional rum is composed entirely of sugar cane spirits infused with the natural essence of vanilla. While proudly boasting a deep copper color with golden hue, this liqueur is sweet and smooth in taste and contains notes of dried fruits, orange and vanilla. New Grove Vanilla Liqueur is a marvel to cherish and to enjoy on ice, as an aperitif or digestif.

Heritage and quality make up the quintessence of New Grove. This liqueur, blended with New Grove Plantation traditional rum, is composed entirely of sugar cane spirits infused with the natural essence of coffee. With its appealing coppery hue, this liqueur will seduce you with its aromas of freshly ground coff ee beans with tinges of dark chocolate and cream. This velvety entry leads to a bold taste while lingering on the deep flavours of roasted nuts and coffee. New Grove Coffee Liqueur is a marvel to cherish and to enjoy on ice, as an aperitif or digestif. 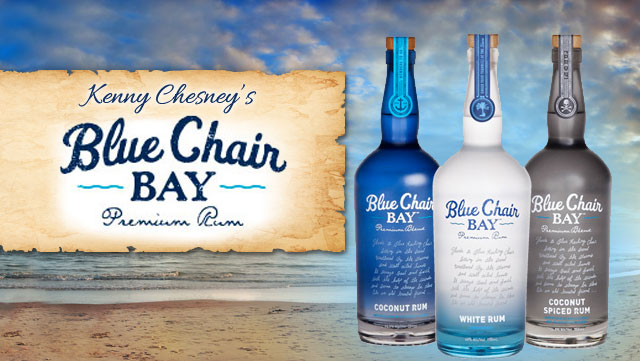 Blue Chair Bay Rum, singer/songwriter Kenny Chesney’s premium rum brand, recently launched its Spirit of Giving Campaign. Spirit of Giving is a series of random acts of kindness designed to encourage philanthropy during the holiday season. Their first event highlight launched Oct. 28th on the Blue Chair Bay’s YouTube page and will be spotlighted each week through the holidays. The company hopes that the #SpiritofGiving campaign encourages others to both pay it forward and showcase the compelling nature of community kindness. You can join @BlueChairBayRum in drinking a little and giving a lot #SpiritOfGiving

“On a larger level, the Spirit of Giving campaign aims to engage with viewers promoting kindness and philanthropy,” says Blue Chair Bay Rum President David Farmer. “Our goal is for these acts to inspire and motivate the national and international community to continue what we have started with these events.”

The West Indies Rum and Spirits Producers’ Association’s (WIRSPA) new international market report, titled Decade of Rum, the sector grew from 101,757,000 nine-litre case sales in 2000, to 142,291,000 in 2010 (IWSR) – making it the fastest-growing spirits category in the world during that time. A special note was made that sales of spiced rum doubled in the 2000-2010 decade while flavored rum sales grew by 50%. The report predicts a 50% increase by volume in sales of super-premium rum by 2017. (TheSpiritsBusiness.com)

A new tiki bar recently opened in Atlanta, GA. The SOS Tiki Bar opened this past Friday night in the space formerly occupied by Paper Plane. Beverages are the primary focus at The SOS. Visitors can order “shaken & stirred” hand-crafted cocktails for singles or groups of two to four and punch bowls for groups of six to eight. They offer a daily “rotating happy hour punch” from 6pm ’til it’s – or you’re – gone!”. Their light kitchen menu consists of simple tropical staples including jerked wings, coconut shrimp, Polynesian spare ribs, etc.

You can checkout their full menu below: 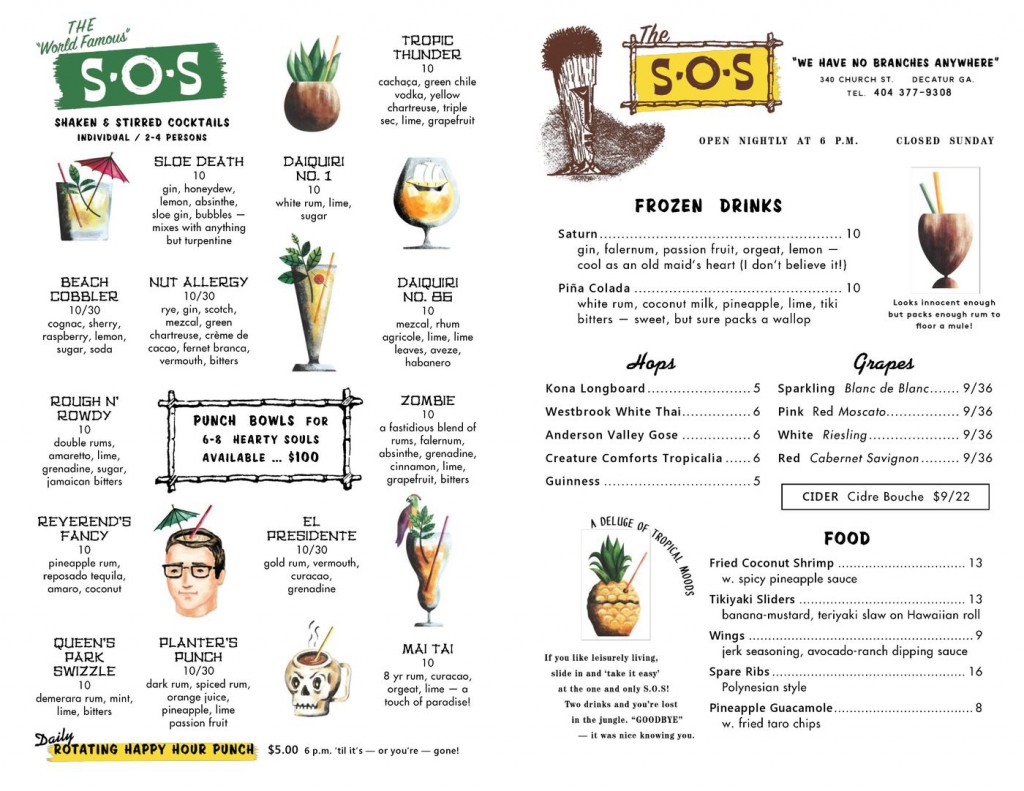 Washington, D.C. will soon add a rum distillery to the city’s list of local distilleries. Cotton and Reed, a new rum distillery, has plans to open in 2016. Opening in an 80-year-old warehouse near Union Market, owners Jordan Cotton and Reed Walker, with distiller Chas Jefferson, plan to launch with a white rum, produced with a combination of cane sugar, caramelized sugar and molasses from a Louisiana farm cooperative. They are also planning for a spiced rum, sherry barrel rums, bourbon barrel rums, and even an allspice dram.

From his research on yeast’s effect on alcohol production, Jefferson has developed a rum that uses a saison yeast which is typically found in Belgian and Belgian-style beer during fermentation. He says that it gives their rum fruity, floral and honey notes and has a rye-like profile. Their plan is to perfect their rum over the coming year before moving on to produce any other spirits. (WashingtonPost.com)

Taildragger White: “Taildragger White Rum is fermented over a four to five day period converting the sugars into alcohol. This fermented wash is then Distilled in a process where our distillers still use smell and taste while manually adjusting the still to ensure only the finest cut or heart of the spirit is collected. Because we use molasses that is formed from only boiling the cane juice once, our white rum has an “agricole like” quality. The raw cane nose of fresh grass, caramel and tropical fruit may be more than you are accustomed to from a white rum.”

Taildragger Amber: “Taildragger Amber Rum is barreled immediately after distillation. We rest our rum in American Oak barrels once used for rye whiskey from the heartland of Kentucky. This process, which takes a little over a year and a half, gives our rum its natural amber hue, a hint of vanilla and the complexity of the toasted oak with slight rye whiskey tones.”

Taildragger Coffee: “Taildragger Coffee Rum is a perfect marriage of Taildragger White Rum & Two Brothers Coffee Roasters Ethiopian beans. After the beans have been freshly roasted they are blended for several days with white rum. No artificial flavors or colors are ever added to this process. The finished product is unbelievably smooth with a hint of sweetness and vanilla. This leaves a beautifully parable spirit perfect for anytime of year.”