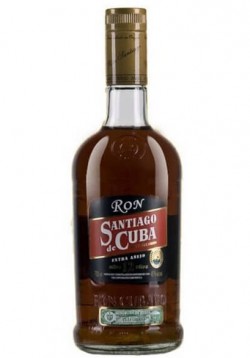 Santiago produces a number of expressions to choose from including Santiago 12 Años which is apparently equally as good and much more widely available around the island. With an aroma of caramel and candied fruit and a “flavor profile marked by brown sugar, caramel, hints of vanilla and pepper”, the Santiago 12 sounds wonderful.

Brooklyn’s Boerum Hill, partner and bartender Damon Boelte, gathers inspiration from a variety of areas. “I’ve always found it’s a lot easier and a lot more inspirational to have a name for the cocktail first and then build off of that” he says.

The Black Mesa is named after an isolated, elevated and rocky part of the Oklahoma panhandle. The Black Mesa cocktail is version of a rum old-fashioned that includes a twist of citrus and substitutes 20-year-aged Pedro Ximénez sherry for sugar adding depth and dimension to the cocktail. Oh, and did I mention it also includes two different rums?

Stir all ingredients with ice. Strain into a rocks glass over a large cube, and garnish with orange and lemon peels. 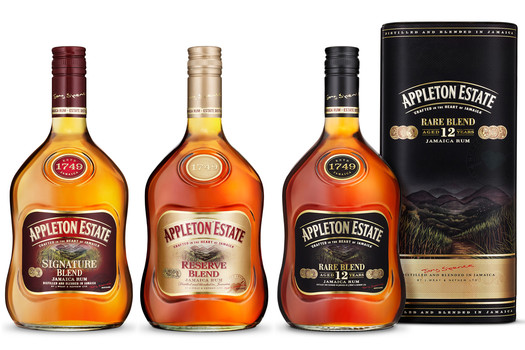 Guests were served a specially crafted rum blend, the Estate Daiquiri, which utilised the Appleton Estates Signature Blend. “This cocktail has a little ginger in it and a little citrus. It is going to cleanse and enhance your palate in preparation for the next course,” Tyson explained.

Joy’s Cocktail, “a mix of the bold Reserve Blend, ginger ale for a bit of sparkle and a twist of orange”, was paired with the dinner’s surf and turf entre of grilled lobster tails, lamb chops and shrimp topped with a Scotch bonnet hollandaise. 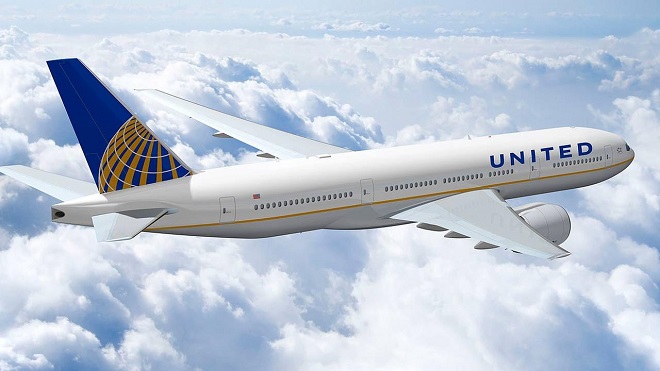 United Airlines is one of many competing to offer air travel to Cuba now that the United States and the island nation have reopened relations after decades without diplomatic releations. To promote their future travels, United has established a new website, UnitedToCuba.com, to promote travel to Cuba.

InStyle.com suggests that you substitute Three Dots’ Saturn for your classic Mai Tai at your next luau. The Saturn, originally created in 1967 by well-known Californian bartender J. “Popo” Galsini, has been re-imagined below by Chicago tiki bar Three Dots and a Dash.

1/2 lime, 3 cherries on a pick, parasol, edible flower, orange peel, and a straw

1. Passion fruit syrup: mix 6 to 1 parts simple syrup and passion fruit purée.
2. Fill a tiki mug with crushed ice.
3. In a buzzing tin or blender, add all the liquid ingredients with 1 cup crushed ice. Buzz or blend for 5 seconds.
4. Pour cocktail into your favorite mug, garnish, and serve immediately.

Bartender Ryan Maybee, of co-owner of Kansas City’s Manifesto and the Rieger, joined other American bartenders on an educational trip to Cuba in December. With relations between Cuba and the U.S. becoming more open Americans are visiting the island more than ever.

With the easing of releations, Cuban influences will become more prevelant in the coming years including what and how Americans drink. Following his visit, Maybe has added a new daiquiri to Manifesto’s cocktail menu. Unfortunately cuban rums, like Havana Club, are not yet available in the United States so Maybee chose Caña Brava Rum from Panama as a suitable substitute. (KansasCity.com)

To try a Cuban cocktail that is not a daiquri or a Cuba Libre, one might try this take on the French 75:should get more press is the French 75:

Shake rum, syrup and lime juice with ice, and strain into a flute. Top with sparkling wine and garnish with lime.

Note: Honey syrup is made exactly like simple syrup just substitue honey for sugar. Cool and refrigerate for up to 3 weeks.

Short Path Distillery announced this week the release of their 2nd batch of Gold Rum coming on March 25th.

From Short Path: “Hot on the heels of our sold-out Gold Rum Batch 1 comes Gold Rum Batch 2. While both Batch 1 and Batch 2 come from the same rum recipe, each batch has its own similar yet distinctly different flavor profile imparted through the distillation process and from aging in used Whiskey barrels from our friends over at Damnation Alley Distillery in Belmont. Whereas Batch 1 was all about the butterscotch and oak, Batch 2 has a prominent cotton candy and pear nose, an inviting earthy body with notes of vanilla, and a smooth spiced finish.”


WashingtonPost.com reviewed Americans who are traveling to Cuba and bringing back more than the stated limit of rum and cigars. It seems like the U.S. Customs and Border Patrol is strictly enforcing the cigar limit policy but being more lienent on the $100 rum limit. Customs officials have been slowing many travelling passengers down over both purchases.

“From the one flight alone, screeners insisted on individually testing more than 100 bottles of rum purchased at Havana international airport’s duty-free shop. Each was placed in a spectrometer, then put back in a duty-free bag, and resealed with tape bearing the Transportation Security Administration’s logo. Only then were passengers allowed to continue to their connecting flights to D.C.” 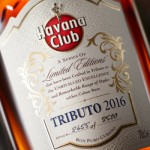 The 2016 line includes rums aged in 80-year-old casks that are blended with other aged rums providing the Tributo rums with a intense flavor and notes of dried tropical fruit with a deep amber color.

“By blending rums using very old and rare casks, we have been able to create an expression for 2016 with a luxurious amber glow, full-bodied fruit flavours and a long finish.” – Asbel Morales, Maestro Ronero for Havana Club

Now that US courts have awarded the brand rights to Havana Club to Pernot Ricard, the company is planning to make the rum the first Cuban product sold in the U.S. once the trade embargo is lifted.

“We’re sure Havana Club rum will be the top Cuban product that is soonest to enter the U.S. market, which represents 40 percent of worldwide rum sales, so the challenge and the potential are enormous” – Sergio Valdes, Director of Market Development, Havana Club

Even though Pernod Ricard’s Havana Club is not available in the U.S., the brand is the 3rd best-selling rum in the world selling 4 million cases worldwide in 2015. (Latino.FoxNews.com)

The White Beach cocktail now moves on to October’s semi-final. The winning nine drinks will be judged against one another where five drinks will be chosen for the grand final in November. The bartender behind the winning recipe will be crowned Wenneker Swizzle Master 2016 and scoop £1,000. (TheSpiritsBusiness.com)

SCMP.com has a quick “beginner’s guide to rum”.

Light rum This is distilled in a continuous still, aged briefly (usually not more than six months in an old cask) and then filtered through charcoal to remove any unwanted colour and impurities. This style of rum is used for making cocktails. A very popular commercial example is Bacardi, whose creator Don Facundo pioneered the charcoal filtration process. Cachaca, which is the base spirit of the caipirinha cocktail from Brazil, is made from fermented sugarcane and is considered a light rum.

Dark rum This is of course, darker and has a fuller body. The best are double-pot distilled and aged for a number of years in heavily charred barrels. Caramel is often added to enhance the colour. They are made from caramelised sugar or molasses. These rums have hints of spices on the palate along with flavours of molasses or caramel. The best come from Jamaica, where a special yeast called dunder, the yeasty foam that is left behind after fermentation, is used like sour mash is used in bourbon. A very popular Jamaican rum is Myers’s; it’s a base ingredient of many cocktails and is used in desserts.

Demerara rum This originated from the Demerara region of Guyana on the northern coast of South America. It is distilled from molasses and aged for up to a decade. El Dorado is a delicious example – they have a 21-year-old rum.

Rhum agricole This comes from the French Caribbean island of Martinique and is produced from sugarcane juice via column distillation. It is a French style mandated by the French AOC system, and is the most southerly drink with the status of Appellation d’Origine Controlee (granted in 1996). Rhum JM makes an XO, which is a blend of six-year-old rums and is aged in re-charred bourbon barrels – a very delicious tot of rum with notes of cinnamon, white pepper and nutmeg.