A Q & A with Jeff “Beachbum” Berry. They are talking tiki cocktails, The Zombie, and cocktail history.

I think the best thing to do when starting out is pick something easy, make that work and move on from there, and complicate things gradually. The basic building blocks of all tiki drinks are the same as all Caribbean drinks, just rum and sugar. Make a Daiquiri, master it. Find the proportions you like, the level of tartness and sweetness you like, then start building off of that. – Jeff Berry

The Zombie was ground zero for the tiki pop culture thing that spread to architecture, music, fashion, tiki apartment buildings, tiki bowling alleys, clothing stores, movies. Pop culture was basically all tiki in the 1950s and ’60s, people decorated their houses like that, they’d go see the music. All this happened because of the Zombie.

Bacardi plans to triple its global digital media spend to between 70 and 80 per cent of its total ad budget, as it launches a renewed marketing push with a new agency and looks to regain its focus in Australia. (See more at: theaustralian.com.au)

Preparation: Shake all ingredients vigorously with plenty ice, strain into a highball glass, drizzle blackberry purée on top. Garnish with a blackberry skewer and basil leaf.


France’s Frank Dedieu was crowned the winner of Bacardi’s Legacy Global Cocktail Competition 2015 in the finals held in Sydney, Australia.

The contest pitted bartenders from 33 countries across the globe. Dedieu’s win is the second time a French contestant has won the Bacardi Legacy. Marc Bonneton, founder of Redwood, won the title back in 2011. (See more at: TheSpiritsBusiness.com)


Portland bartender Jeffrey Morgenthaler has been a trendsetting spirit slinger for a number of years including being the person who started the hot trend of barrel-ageing cocktails back in 2010 and then being an early bottler of cocktail sodas in 2011. Morgenthaler has now begun whipping up craft versions of “bad” 1980s cocktails (Amaretto Sour at Pépé Le Moko, Long Island Ice Tea, Sex On The Beach) at his newest bar Clyde Common in Portland’s Ace Hotel. Re-visioning these awful cocktails with craft tending in mind sounds awesome. (See more at: Eater.com)

This week the Pennsylvania Liquor Control Board (PLCB) launched the “PA Spirits Program,” which grants Pennsylvania Limited Distillery license holders the opportunity to place up to 10 products in a select number of Fine Wine and Good Spirits stores of their choosing. Pennsylvania currently is a state-run spirits store state in which the state operates all of Pennsylvania liquor stores. (see more at: TheStreet.com)

In 2012, we launched the PA Preferred Wine Program, and it has been very successful in expanding the selection of Pennsylvania products in Fine Wine & Good Spirits stores for those consumers who may want to shop local…The PA Spirits Program is a natural extension to make sure we’re meeting the demand, not just of local wine enthusiasts but also those consumers looking for locally made spirits as well. – Tim Holden, PLCB chairman

Liquor.com runs down a number of inventive ways distiller’s are using to hasten the ageing process of spirits.

Rum producers are leading the way:

– Montanya Distillers are ageing their rum at a 8,900 feet above sea level. At such high altitude, Montanya’s barrel room temperature fluctuates dramatically from day-to-night. The effect of heating and cooling allows the pores of each American oak barrel to contract and expel the alcohol repetitively allowing more rum-to-oak contact during its aging.

– Cayman Spirits Company ages their Seven Fathoms Rum 42 feet under the Caribbean Sea. Blending one to three-year-old rums, barrel agitation is key to Seven Fathoms rum as they sink their spirit underwater and let the ocean’s pressure and humidity combine with the constant motion of the tides to forces the rum in and out of the wood building its complexity.

– Lost Spirits Distillery, Monterrey, California, has spent years uncovering the chemical map of barrel-aged spirits and trying to control that process. At this year’s American Distilling Institute conference, Lost Spirits’ owner Bryan Davis announced the Model 1, a patented, portable chemical reactor that produces the equivalent of 20 years of barrel aging in just six days. No barrels required. How does he do it? Traditional barrel-ageing not only imbues oak flavors the wood also converts acids to esters enhancing the flavor profile. Ageing allows more complicated esters to materialize. If beta-testing this year goes as planned look for large-scale rollout of Model 1 in 2016.

Gosling’s Rum announced it’s Selfie Yourself To Bermuda contest. Post your pic toasting Bermuda-style and you could win a vacation for two in Bermuda! 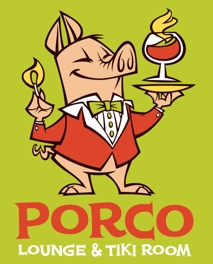