Standard.co.uk shows you how make two terrific, custom cocktails at home using Diplomatico Rum: the Coco No Loco and the Masquerade

Simply add all ingredients into a highball glass over ice and garnish with a fresh mint sprig and lime wedge. Serve.

Muddle the fresh lime, mango and vanilla sugar in the base of a Boston tin and add the Diplomatico Reserva rum. Top with crushed ice and lightly shake to blend. Pour into a Julep tin glass or similar, add more crushed ice and garnish with a piece of sliced and diced mango and a mint sprig.

TheDrinksReport.com Cogna Ferrand recently released their Plantation Stiggins’ Fancy Pineapple Rum for retail across the USA. Deriving it’s name from a charcter in Charles Dickens’ Pickwick Papers (Rev. Stiggins), Plantation has revived a centuries old infusion using special Queen Victoria pineapples. Due to the pineapple’s limited availability the Stiggins’ Fancy release will be available as an annual limited edition item with delivery in April/May and July/August each year. I recently picked up a couple of bottles myself here in South Carolina.

PhoenixNewTimes.com is talking sipping white/silver rum. For most consumers white rum is considered a mixing spirit. Very few white rums are considered sipping rums since they are either new, unaged rums or are charcoal-filtered which removes many unique characteristics imparted by the ageing process. Dwayne Allen, co-owner of The Breadfruit and Rum Bar in downtown Phoenix does recommend three rums that are suitable sippers:


Atomic Grog reports on the opening of the newest tiki bar to open in Las Vegas, NV.

“Las Vegas has a new Tiki bar, and it’s a doozy. Located in Chinatown, The Golden Tiki is owned by Branden Powers, no newcomer to Tiki—he used to DJ Exotica tunes at the Hanalei Hotel back in the ’90s. He’s also no newcomer to the bar business, having been a part of the nightlife scene in Las Vegas for some time now. For the buildout, he turned to Danny “Tiki Diablo” Gallardo, and it shows, the look of the place is a knockout. Branden has turned to the Tiki community through the building process to seek feedback, he genuinely wants to make a place the Tiki scene will love.” 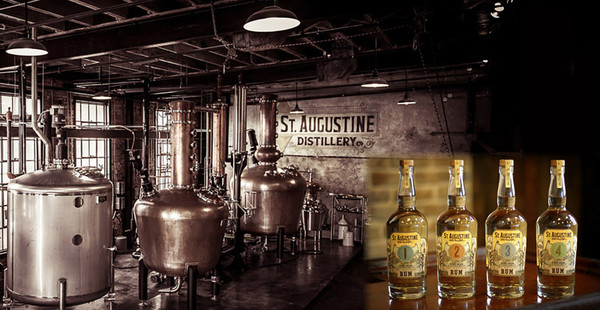 Munchies.vice.com brings the story of a Chinese woman caught by airport security trying to smuggle a $200 bottle of Rémy Martin XO Excellence. Rather than follow the US Transportation Security Administration suggested solutions:

1) Take the item to the ticket counter and check it in your baggage or a box provided by the airport.
2) Many airports have a … Postal Service or other shipping services area where boxes, stamps, and envelopes can be bought so you can ship your items home.
3) If there is somebody seeing you off, you can hand the prohibited item to them.
4) If your car is parked outside, you can take the item to your car.
Ms. Zhao did none of the above. Instead, she took matters into her own hands and “sat down in a corner and drank the entire bottle of Cognac herself.”

The lady chose to go sit in a corner and slam the entire bottle. Unfortunately, she did not handle the quick intoxication well and began “acting wildly and yelling incoherently.” She then passed out and police refused to let her board her flight. She was held until she sobered up and was released to her family. Funny story!

After months of silence from at Lost Spirits Technology and their fast ageing reactor. The firm claims that their reactor can replicate a 20-year-old rum taste profile within a few days…and they can do it a a commercial level!

The portable ageing, called “Thea One”, will roll out to multiple distilleries in October 2015. Lost Spirits claims they have developed a “revolutionary” way of designing and engineering the “quality of aged spirits”. They also announced that 65 distilleries are on their waiting list. Capitalizing on forensic chemistry, they claim that their rum has been “met with high praise within the industry, blogosphere, and at professionally moderated industry blind tastings.” (Read more at: TheSpiritsBusiness.com) 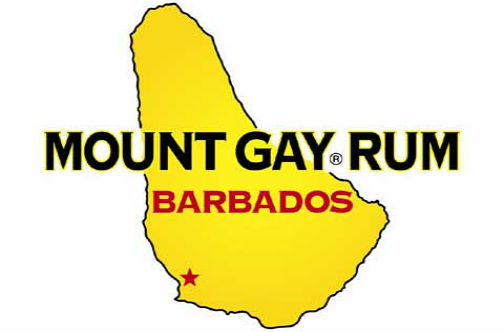 In part to elevate the 312-year-old Mount Gay brand to premium and super premium status details were recently released about this field-to-bottle, special new rum. The plan is to produce their own high quality molasses to produce a single estate rum. The ultimate market for this specialty rum will be a market of affluent consumers looking for small batch products priced between US$500-US$1,000/bottle. (NationNews.com)

It’s the early stage. We took over the plantation, we got the first harvest and our molasses. It’s not a common molasses, we have a special quality, so we are extracting less sugar from the cane so we have a better quality molasses, and we started our first distillation last month. So it’s really fresh and the product will go out in six to seven years.
…
There are more and more rich people who are demanding exclusive products and we have all the attributes to deliver those luxury products and we need to leverage our heritage. We were born more than 300 years ago in this area in St. Lucy. This is our story and it was logical to build on that and I am totally convinced that there is a consumer for that. – Raphael Grisoni, Mount Gay Distilleries Limited Managing Director