BevCon was held last week in Charleston, SC. I was fortunate enough to attend the inaugural multi-day event. The convention was designed to bring beverage professionals from across the nation together for variety of seminars, network building, and beverage tastings.

BevCon’s focus on “all things beverage” meant attendees enjoyed a diverse mixture of craft beverages (alcoholic and non-alcoholic) throughout the four-day event. Though rum was not a primary focus of the event there were two quality brands available in the tasting room: Plantation and Rational Spirits/Lost Spirits. In addition to these spirits, Charleston has a number of fantastic bars and distilleries so I was able to discover a few terrific rums that were ‘uncharted’ to me. Here are the Top 5 Rums I sampled during BevCon (listed alphabetically). 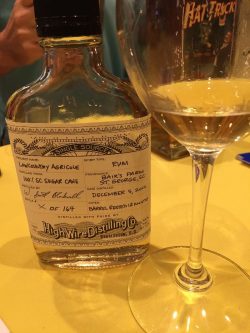 Not only has Charleston’s restaurant and bar scene exploded in the past ten years, the brewing and distilling scene has been just as innovative. High Wire Distilling has been a distilling star of the lowcountry producing consistently good spirits including a limited edition rhum agricole made from locally grown sugarcane. High Wire’s agricole is distilled from fresh-pressed sugar cane juice and is allowed to rest for 12 months in oak barrels. This is a true terrior rhum that marries the cane’s earthy, grass notes with the light oak tannins from the barrels. The rhum was available in limited quantities at the end of 2015 (under 200 bottles) and it sold out almost immediately. I was fortunate enough to sample some of the remaining product in owner Scott Blackwell’s personal stash. Thank you Scott! Fingers crossed that we’ll see another batch of High Wire agricole available near the end of 2016. 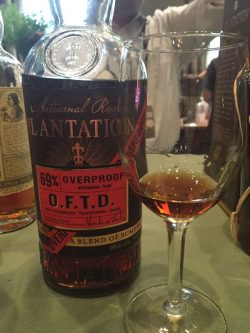 Released to much fan fare at Tales of The Cocktail 2016, Plantation Rums once again made a splash in the market with an update to their existing Original Dark Overproof. As I understand it, Plantation’s overproof supply, a full bodied Trinidadian rum, is dwindling so it makes sense that they needed to update the expression. To help with this project, Plantation recruited six of the world’s most well known rum connoisseurs to perfect their new flavor profile. The year-long effort has produced Plantation’s latest offering: O.F.T.D. [Old Fashion Traditional Dark] O.F.T.D. is an overproof dark rum bottled at 69.5% ABV (139 proof) and is blended with rums from Barbados, Guyana, and Jamaica. It’s taste carries notes of coffee, caramel, and vanilla with a pleasant mix of baking spices and smoke on the remain. 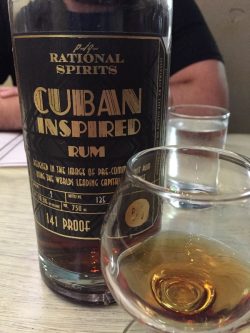 Frankenstein rum. That is how Rational Spirits consultant and Lost Spirits Technology Owner Bryan Davis describes the rums he produces. Its a fitting description as Bryan is a sort of mad scientist himself. Two years ago Lost Spirits caused waves in the aged spirits category with its spirit reactor designed to produce chemically identical spirits that match 15-30 year old rums. Rational Spirits latest creation is a new interpretation of Lost Spirits original Cuban Inspired rum designed to transport drinkers to pre-Revolution Cuba. Bottled at 70.5% ABV (141 proof), Rational Spirits’ Cuban is eminently sippable without any of the alcohol burn drinkers might expect from an overproof rum. The RhumChef Paul Yellin, owner of Cane Rhum Bar & Caribbean Kitchen, generously shared some of this delightful rum during my visit. Its warm, mellow flavor carries hints of sweet banana and caramel with underlying notes of light oak, char and butterscotch. Delicious! 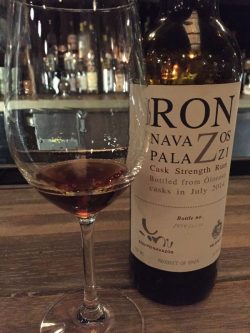 As a bottle hunter, I immediately peruse the spirits that line the back bar of every establishment I enter though I rarely spot a rum I am unfamiliar with. So imagine my surprise when I was scanning the 70+ rums at Charleston’s The Ordinary and I spotted a bottle of Ron Navazos Palazzi. This 100% molasses-based rum was distilled at the southern end of the Antilles. The rum was initially aged onsite for 5+ years in first filled bourbon casks. The rum was then shipped to Spain where where it was transferred into freshly emptied Oloroso casks where it spent another 10+ years.” This high-dollar, small production Oloroso rum is limited to 1500 bottles per year in the United States. Bottled at cask strength, 51.5% ABV (103 proof) the sherry, bourbon and molasses notes blend terrifically with highlights of sweet caramel, vanilla and spice. 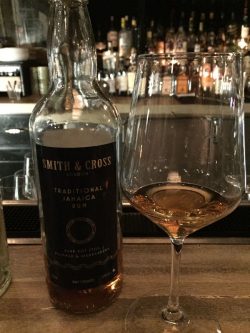 Over the past few years great praise has been rightfully heaped on Smith & Cross pot-stilled Jamaican rum however BevCon was my first opportunity to sample S&C. I LOVE Jamaican pot stilled rums and enjoy many of them (Appleton, Hamilton, Coruba, Kohala Bay, etc.). Smith & Cross is a Navy Strength rum, not to be confused with a Navy rum. It is a blend of Wedderburn and Plummer style rums and is bottled at a healthy 57% ABV (114 proof). The Ordinary uses Smith & Cross in their Navy Grog where its dunder-heavy aromas bring a bold strength to the cocktail.