The simple act of installing a stove heater to warm a koi pond was the catalyst that led Rick and Karen Stillwagon to open Stillwagon Distillery. “A decade experimenting with aquaponics, heating and distillation, was followed by research into distilled beverages and a visit with family in Charleston. Stillwagon made connections with other micro distilling experts and sought business planning direction from the SWOCC Small Business Development Center.” 1 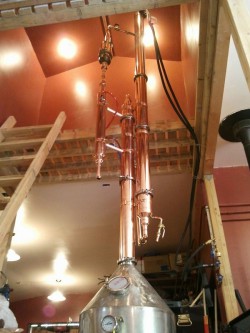 Opened in 2013, Stillwagon Distillery is located on the Southern Oregon coast in Charleston, OR. Since then, Stillwagon has introduced a number of small batch expressions including “The Devil’s Own” line of rums. They now produce more than a half dozen rum expressions and will introduce The Devil’s Own Cranberry Rum later this year. Visitors are always welcome to visit Stillwagon Distillery where they can learn about the distillation process and sample any of their rum varieties. Stillwagon currently operates two tasting rooms in Charleston and Bandon, Oregon.

Stillwagon’s current rum expressions (and a Falernum) include: 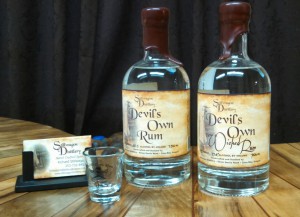 The Devil’s Own Rum & Wicked Rum

“Our white rums are composed of the hearts our rum, as is all of our products. These rums are very smooth and perfect for your favorite mixed drinks. Excellent in your mojito, mai tai, hurricane or in your favorite cola. Our Wicked rum is fantastic in a “Wicked Mary,” a spicy bloody mary with a cajun spice rim.” 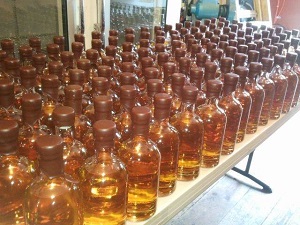 The Devil’s Own Gold Rum

“Our Gold rum is the heart of the run aged in new, heavily charred, American White Oak barrels made by ISC in Kansas City, MO. Using new barrels gives our rum a pronounced oak and vanilla flavor profile. This one is favored by many bourbon and whiskey enthusiasts.” 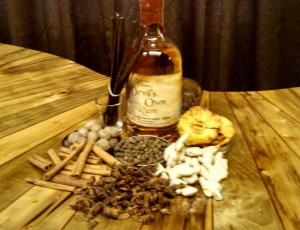 The Devil’s Own Spiced Rum

“Our spiced rum is made with pineapple, coconut, vanilla, cinnamon, ginger, allspice, nutmeg, and anise. We infuse these fruits and spices into our overproof rum to make our own extracts. Fruity, spicy, complex, this rum has become a favorite for many. It has also found favor with many cooks and bakers for a variety of dishes and pastries.” 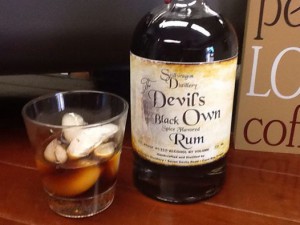 The Devil’s Own Black Spiced Rum

“Our Black Spiced rum has the same fruits and spices as our spiced rum, but with a different order of magnitude. We also added our gold rum and molasses to this sweet and savory rum. This is a treat neat or on the rocks, and in cocktail like a dark and stormy or as a float on your favorite mai tai recipe.” 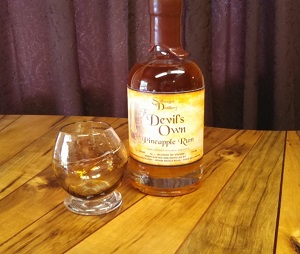 The Devil’s Own Pineapple Rum

“We use a dried organic pineapple for the infusion of this gold rum. The pineapple and vanillins in the oak work well to make this a truly great sipper. This is also a delight in an Old-Fashioned in place of the bourbon or whiskey.” 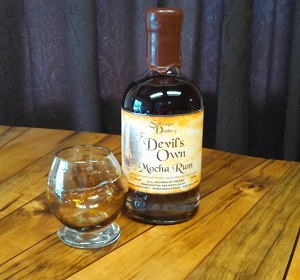 The Devil’s Own Mocha Rum

“Our mocha rum is an infusion of cacao nigs from South America and a specially roasted coffee from Cortez Coffee in Tempe AZ. Espresso, and dark chocolate, it is a great addition to your favorite coffee or hot chocolate drink.” 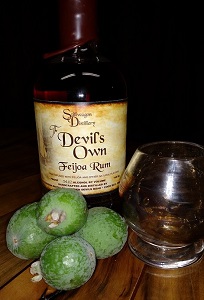 The Devil’s Own Feijoa Rum

“The Feijoa is an unusual and relatively unknown fruit in the Northwest. Indigenous to New Zealand, Australia, and parts of South America, this fruit has a pear, kiwi, wintergreen flavor. Infused in our rum, it gives a quite complex profile. This one is enjoyed by red wine and scotch enthusiasts.” 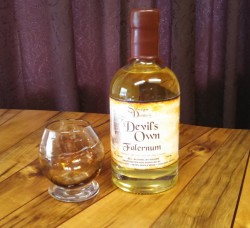 The Devil’s Own Falernum

“The excerpt to the right is from the early 1900s describing this rum. We have loosely followed this recipe with our own embellishments. This lime lover’s treat also employs cloves, ginger, and allspice for a spicy sweet finish.” 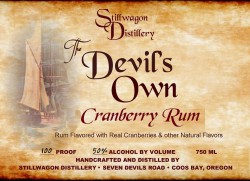