Before coming to Miami I received valuable advice on judging: keep you palate fresh, do not wear cologne, eat and drink between sessions, etc. The one thing no one mentioned was that fatigue would set in by day three. Sampling 40-50 rums each day, combined with late night drinking, is hard work. Luckily we had an entertaining breakfast to distract me from being tired. 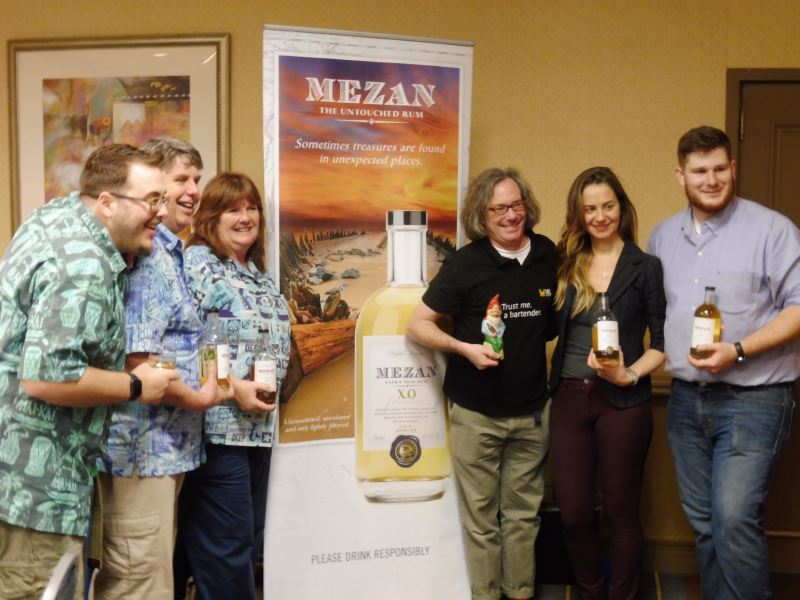 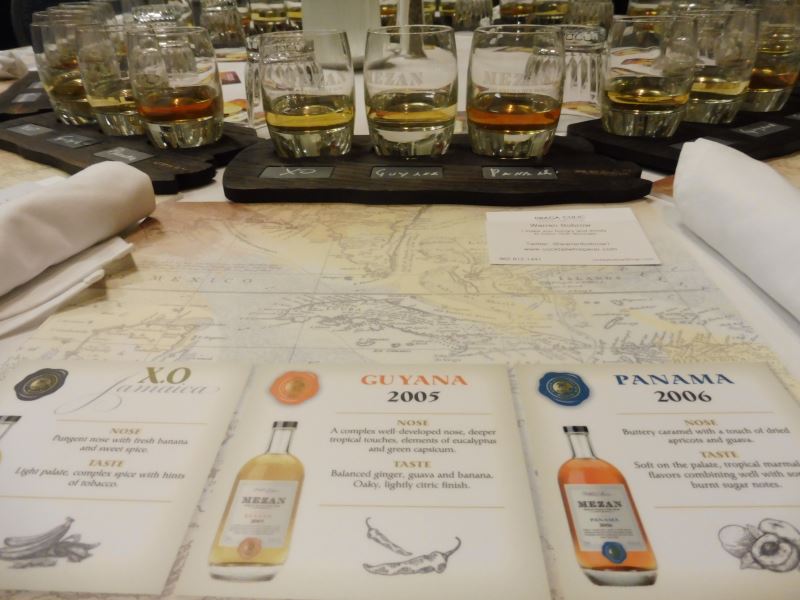 Warren Bobrow, The Cocktail Whisperer, led Day 3’s breakfast presentation covering three top quality Mezan Rums including expressions from Jamaica, Guyana, and Panama. Warren is a dynamic speaker who highlighted each expressions unique characteristics. Mezan, a United Kingdom-based rum bottler, releases a changing array of vintage rums every year or so. I made the comment that the three rums presented truly cover the wide array of Caribbean rums. With our palates, and bodies, revitalized the judges moved on to Session #5 – Rhum Agricoles. 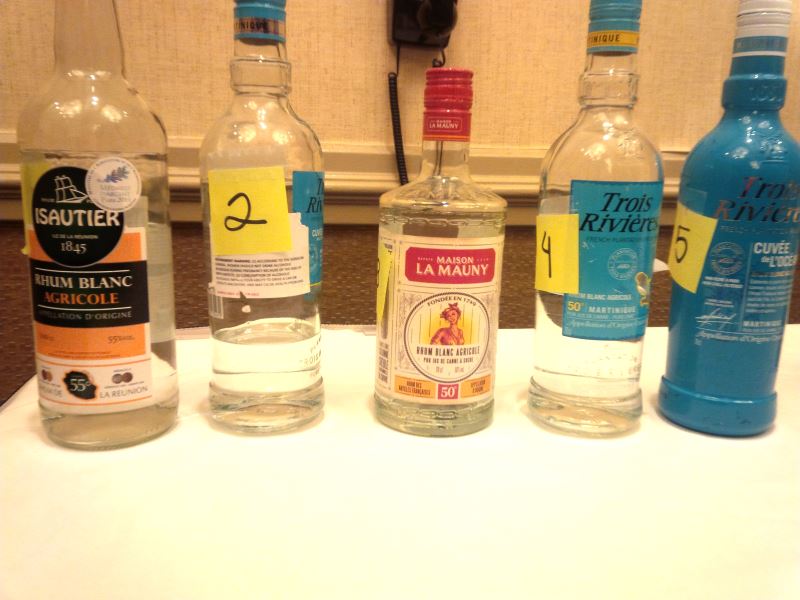 I admit that the glory of Rhum Agricole is a relatively new phenomenon for me. Over the past couple of years I have developed a real affinity for the earthy, grass notes that agricoles offer. I found the expressions entered into the judging to be consistently good and I scored them strong and fairly evenly.

During this session, the judges were informed that two of the expressions were actually agricole liquers that had been incorrectly placed among the regular agricoles. We were instructed to judge these expressions as we would the others so their notably sweet, dessert qualities played against them in my scoring. Things like this highlight the difficulties of categorization for a spirits competition. My hats off to The Burrs for making sense of the rum category and its myriad of production, blending, aging, and “finishing” methods. 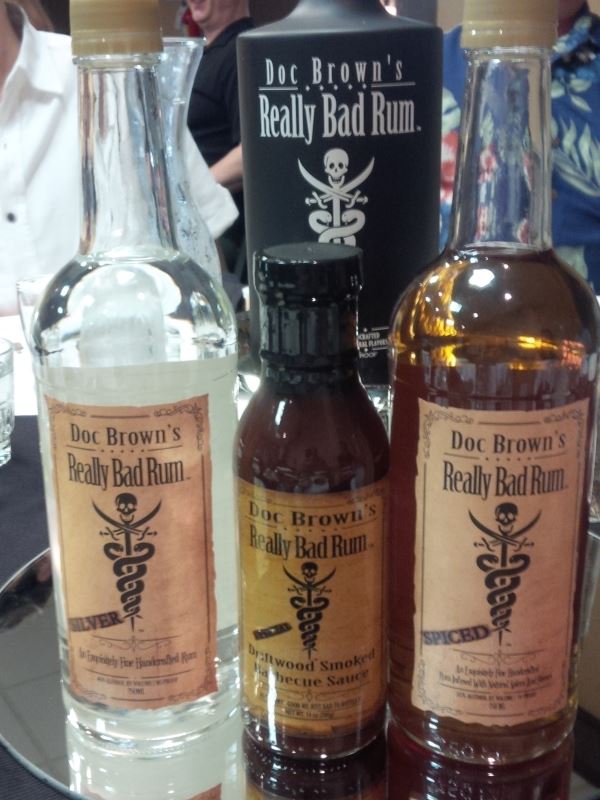 By mid-day I needed a break. Lunch was sponsored by Doc Brown’s Really Bad Rum. Playing off the company’s unique name, they have created a complete marketing plan for their three rum expressions (Silver, Spiced and Dark), their rum infused BBQ sauce, and their rum cakes. It includes the mythical story of a 17th-century medicine man/shaman/snake-oil salesman named Lee “Doc” Brown. “Doc” Brown spent his days chasing adventure upon the high seas which included a chance encounter with a vexing mermaid. On the ship’s Doc sailed upon, crew members often found themselves inflicted with a number of “really bad” ailments. Doc used his magic elixir to cure these “really bad” problems and from his historic tales, recorded in a long, lost ship’s log, comes Doc Brown’s Really Bad Rums. During lunch, the judges sampled all three expressions and some tasty rum cake but soon it was time for our final judging Session #6 – Cachaça. 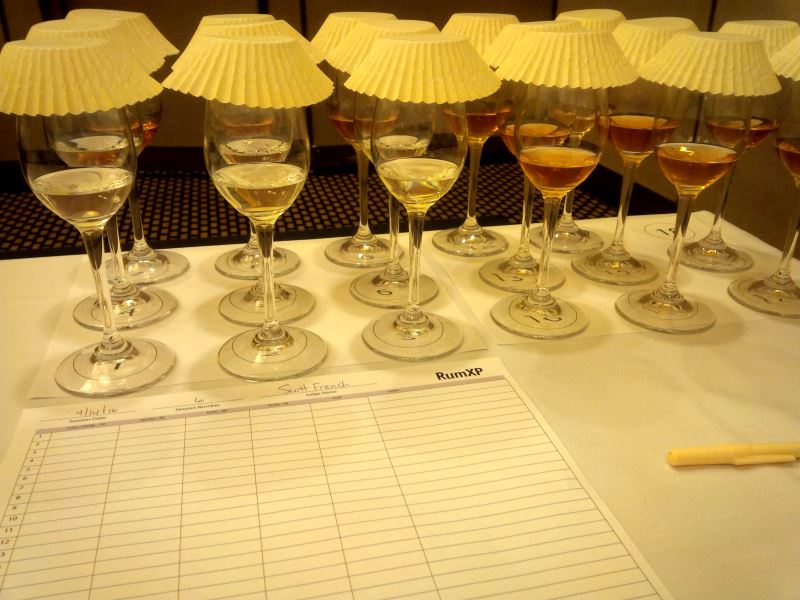 This session was an adventure for many of the judges. Cachaça is fermented from fresh pressed sugar cane juice and is a distinctive product of Brazil. The session included two groupings: unaged Cachaças and rested/aged Cachaças. In Brazil, aged Cachaças rest in a variety of wood barrels that can include some unique Brazilian hardwoods. I had limited experiences with Cachaça prior to the judging but I came out of the weekend with an increased appreciation for the spirit. Across the board, the Cachaças we judged were extremely good; particularly the aged Cachaças. The unique flavors derived from the wood’s used give the spirits amazing flavor profiles. I look forward to more brands/expressions coming to the United States in the next few years. 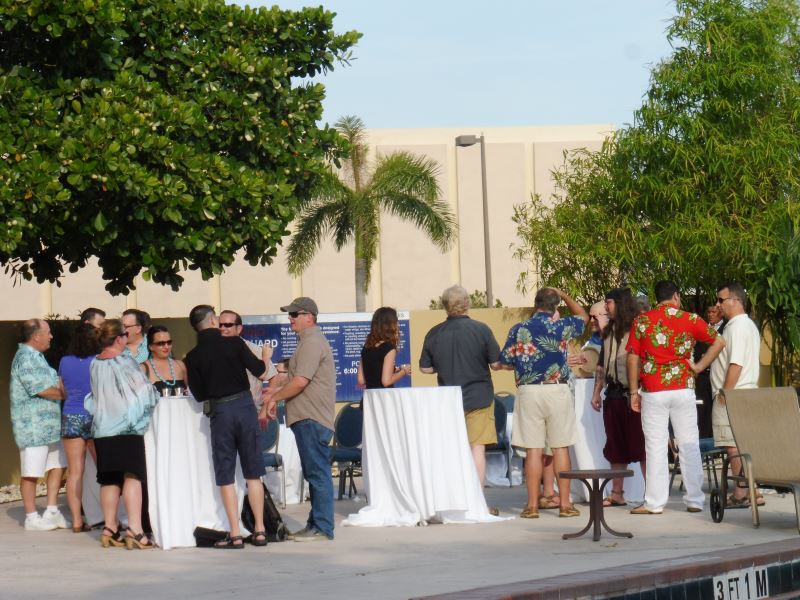 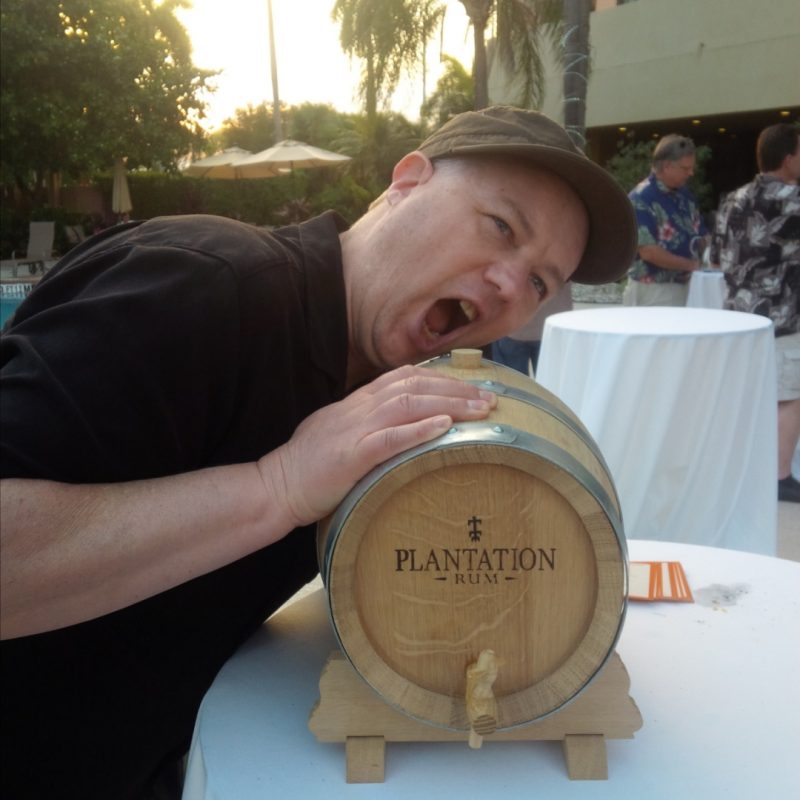 With the 2016 Miami Rum Renaissance judging complete, the RumXPs joined the Consumer Rum Jurists poolside to enjoy a happy hour sponsored by Plantation Rum. Plantation’s portfolio is filled with fantastic rum goodness and the judges and guests enjoyed their hospitality (and their rums) immensely. For me, I was happy to pour two or three drams of their Plantation Jamaica 2001.

With our official duties complete, the judges once again headed out to enjoy Miami Beach’s bar scene. We migrated to The Rum Line and its scenic outdoor terrace. Richland Rum sponsored the gathering which featured cocktails that highlighted the Georgia rum. The weather and setting were perfect so out group ate and drank at The Rum Bar until closing. 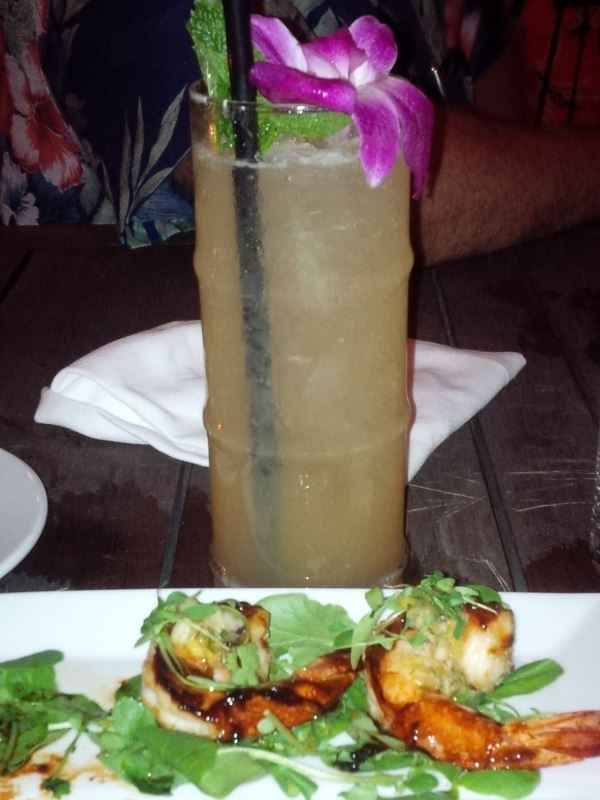 Always searching for more great cocktails, our crew strolled the block or so over to Repour Bar. Having opened within the last year, Repour is another new Miami Beach bar with an excellent and innovative cocktail program. Sticking with an evening filled with Old Fashioneds, I ordered the “Double Standard” which included Richland Rum, Leblon Seleçã Verde Cachaça, Monkey Coconut Rum, coconut milk, blackberry puree, fresh lime juice & a house made coconut simple syrup. While there were many more adventurous cocktails on Repour’s menu, I thought the Double Standard was the right final cocktail of the evening for me. On our stroll back to the car, we popped into Pizza Bar to grab some gargantuan slices of pizza to carry back to the hotel. Yet another great evening spent with new friends.

So what did I learn from six full tasting sessions that covered 114 rums/rhums/cachacas in three days? Quite a bit. I learned that my palate is pretty good; throughout the judging there were few surprises. I also learned that each judge’s process is different (but not dramatically so). The more I judged the faster and more consistent the process became which tightened up my scoring. I drank more water than anticipated and I was able to identify a number of rums by taste and aroma. I discovered that American rums are getting much better and some are even quite good. Most of all I learned that I really enjoy participating in rum judging and I hope to have the opportunity to do more in the future.