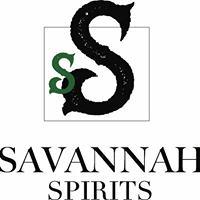 The building, created in the late 1800s, will also house a chophouse with multiple dining rooms, a full bar and private event space with a terrace on the upper floors.

Savannah Spirits is currently producing its first two products off-site, Silver and Amber rums. The distillery also has plans to launch a vodka, gin and whiskey.

The rums are said to reflect the “distinctive character and provenance of the city”, which is notorious for its history of bootlegging rum.

“This has been a long time in the making and to introduce Savannah Spirits to the Low Country starting with our rum, we feel, is the most apropos way to honour the bustling spirit of the region and its people, and to celebrate Savannah’s fanciful history,” said co-founder Dean Bell.

“It’s all about the history. Our concept is, taste the history. A lot of people don’t really know how associated Savannah is with rum running and the craziness that went on, so we’re taking advantage of that.”

The distillery will open in Savannah’s National Historic District in March 2018. Savannah Spirits Amber is now available in Savannah at retailers, restaurants and bars.