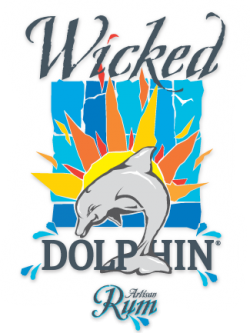 Wicked Dolphin is currently available in Florida and South Carolina. They soon will be available in Georgia and Maryland; reaching a total of eight states by October. (See more at: Fort-Myers-Beach-Observer.com) 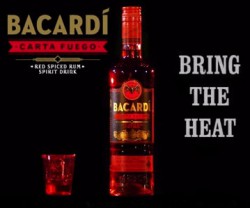 The hottest selling spirit over the past five years is Fireball Whiskey. The volume of Fireball being moved has had a ripple effect on the entire alcohol industry. In an attempt to seize some of their sales, nearly every spirit producer has introduced a cinnamon-based spirit. So it comes as no surprise that Bacardi is introducting Bacardi Carta Fuego, a cinnamon-flavored spiced rum “spirit drink”.

Bacardi Carta Fuego is a red colored, cinnamon spiced rum made from a rum that has rested for one year in heavily charred oak barrels. The rum is then charcoal-filtered and blended with a secret blend of spices and flavors. Named after the Spanish word for “fire”, Bacardi Carta Fuego is a “fiery” drink embolded with flavors of cinnamon, nutmeg, honey and vanilla, with a touch of smokiness.

Bottled at 80 proof, Bacardi Carta Fuego is designed to be consumed as a shot or mixed with Coke. (See more at: TheSpiritBusiness.com) 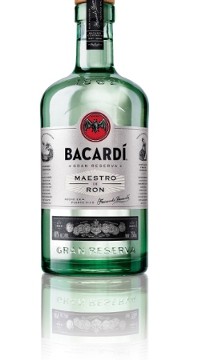 Bacardi also announced it will launch Bacardi Gran Reserva Maestro de Ron, a new super-premium mixing rum, at the 2015 James Beard Foundation Awards in Chicago on May 4. The company states that the new expression reaffirms their commitment to the super-premium rum segment.

Esquire.com says that you can create tasty cocktails with only two ingredients and they’ve got the recipe’s to prove it.

Cuban rum may be closer to legal reach now that Obama is meeting with Raúl, but until it’s here, an authentic rum and Coke just isn’t possible. This funky rhum agricole (which is distilled from sugarcane juice) and MexiCoke combo comes in at a close second.

Add ingredients to a highball glass with ice. 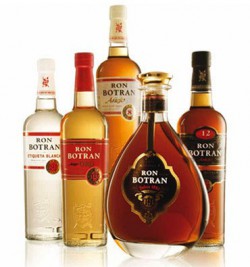 Cellar Trends has taken over all UK operations for the Guatemalan rum brand Ron Botran, made from sugar cane virgin honey. (See more at: TheSpiritsBusiness.com)

Juanette Cullum’s job was to clean up planes between flights. When Juanette cleaned up she REALLY cleaned up. Acting on a tip investigators searched Juanette’s home and discovered 1,429 unopened mini bottles in one of her closets. The value of the booze and various electronics stolen is worth over $10,000. Cullum admitted to authorities that she’d been stealing from American Airlines planes at Terminal 8 for around three years. (See more at: NYDailyNews.com)

Newsweek.com thinks that we are all 100% wrong about premixed cocktails. With the recent upstart in quality crafted, pre-mixed cocktails from businesses like High West Distillery in Park City, Utah or Crafthouse Cocktails of Chicago, IL, the pre-mixed cocktail has finally becoming a viable option for on-the-go drinking. (See more at: Newsweek.com) 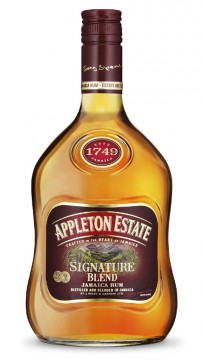 Does the decision to change the names of several Appleton Estate rum brands suggests that the rum has tripped over its own language? Will this be a turning point in rum terminology away from those used by Cognac and Scotch whisky? Richard Woodard delves deeper. (See more at: Just-Drinks.com)

Bacardi has kicked off the week-long final of its Bacardi Legacy Global Cocktail Competition in Sydney, where 34 bartenders will battle for the winning title. (See more at: TheSpiritsBusiness.com)


Key West drinking is starting to grow up by moving beyond intoxicated tourists stumbling down Duval Street. Over the past few years the city has added a number of new cocktail bars, craft beer gastropubs, a new brewery, and multiple distilleries. (See more at: MiamiHerald.com) 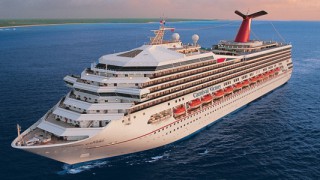 Our popular southern Caribbean cruises from San Juan offer our guests the opportunity to visit five different tropical destinations during their week-long vacation and each of these fantastic ports feature not only spectacular beaches but also a wide variety of sightseeing opportunities and attractions – Christine Duffy, Carnival’s president