Amidst chatter of a possible takeover by Brazilian billionaire Jorge Paulo Lemann, it was announced this week that Diageo is under investigation by the U.S. Securities and Exchange Commission. Its alleged that Diageo artificially boosted sales figures by shipping excess inventory to distributors. As a byline to this story, Diageo announced that “moderate” prices to return North American sales growth. (Read more at: TheSpiritsBusiness) 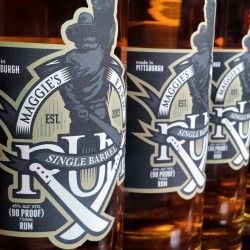 Allegheny Distilling in Pittsburg, PA, maker of Maggie’s Farm Rums, recently released a new, aged, single-barrel rum. Bottled at 90 proof, the single-barrel rum is distilled using turbinado sugar like the other Maggie’s Farm rums. It is aged in 10-gallon rum casks obtained from a Brooklyn distillery. The distiller describes the flavor profile as less oaky, with “more traditional rum flavor with notes of caramel and vanilla.” MSRP is $33.50/bottle. With the addition of a new Hoga Company still, Maggie’s Farm Rum has almost tripled their production capacity. (Read more at: Post-Gazette.com)

Harbour Island Rum Company will soon release Afrohead a premium aged dark rum crafted in the Bahamas across the United States. The small batch rum is blended by rum savant Toby Tyler as it was back in 2008 when Joe Farrell, as a proprietor of The Landing Guest House and Restaurant in Harbour Island, hand-bottled the then un-named rum Tyler was serving to guests. The original nameless label used simple graphics designed for the restaurant’s house wine – the image paid tribute to the island’s culture, Bahamian women and the first Miss Bahamas from 1963. Guests began requesting the rum with the ‘afrohead’ on the label and Afrohead Premium Aged Dark Rum was so named.

The current label pays tribute to its original inspiration by incorporating six West Indies cultural symbols: The crown, junkanoo, mind’s eye, rising sun, creation, and sea shell. All are subliminally hidden within the icon. Made from West Indies’ sugarcane molasses, primarily from the Dominican Republic, Afrohead is fermented using a 100-year-old yeast strand that creates a banana and toffee base. The rum is then aged in once‐used, charred bourbon oak barrels for a minimum of the declared years. Finally, the aged, dark rum is bottled in Barbados.

Afrohead rum will be available in craft cocktail bars, fine restaurants, boutique hotels and liquor stores in the Bahamas, South Florida and shipped to certain states via VintageLiquor.com. The 7-year-old rum retails for $34.99/750ml while the 15-year-old XO retails for $59.99. Currently it is available throughout the Bahamas and Florida but will be shipped further into the United States.

For certain drinkers, high-end wine or Scotch reaching six-figures or more is a common occurrence but there haven’t been many rums that are part of this illusive club.

Fighting the long-held “throw it in some punch” reputation, rum has spent the past few years carving out a ultra-premium market and it is finally getting a moment in the sun. Bloomberg.com recently published a review of one of the world’s most expensive rums: Limited edition, $1,500/bottle Brugal’s Papá Andrés. Producing only 1,000 bottles worldwide, Brugal hopes to make in-roads into the extravagant spirits market.

The best rum of each year is pulled from 36 family-owned casks containing decades-old rums. The various rums are blended for some added freshness. The proceeds from Papá Andrés go to the Brugal Foundation who functions to alleviate effects of poverty in the Dominican Republic.

Bloomberg’s review reports that the nose is all coconut “at first, with hints of pineapple, vanilla, and dark caramel developing as it gets some air.” They say its viscus even at 40% ABV. They report that the palette reveals tropical fruits, dry wood, tobacco, and, of course, coconut. Adding a few drops of water brings out orange peel and milk chocolate flavors. (Read more at: Bloomberg.com) 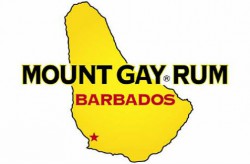 We saw this unique opportunity as a sign to pursue our goal to create a true luxury rum brand. Here in Barbados, we now gather together all the elements to foster the legacy of Mount Gay Distilleries: authenticity, history and terroir, with a single-estate rum, a genuine Barbados historical ‘château’ – Valérie Chapoulaud-Floquet, Rémy Cointreau Group CEO

ShakenNewsDaily.com reports U.S. rum sales have slipped over the past year. After years of modest growth, overall rum sales fell by 2% to 23.8 million nine-liter cases in the U.S., according to Impact Databank.

With the top sellers losing sales, higher-end and smaller rum brands saw their catergories increase. According to DISCUS, rum’s super-premium category saw a 9.9% increase in sales volume in 2014. The high-end premium segment increased by 1.9%. Lower-end rums, were the big losers with value rums falling 1.8% and premium rums slipping 2.4%.

Rum hasn’t had the same premiumization that every other category in the U.S. has seen. The category is still in the very early stages of understanding and is deeply rooted in that under-$20 segment, but we’re trying to build bridges to the premium rum occasion. – Andrew Floor, Vice President of Marketing, Dark Apirits, Campari America