Editor’s Note: I apologize for this publishing late. I was on a cruise to the Yucatan and I wasn’t able to finish this post. Better late than never I guess. 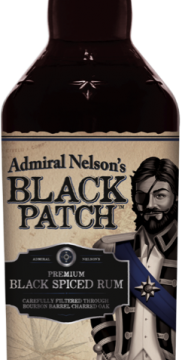 Bottled at 94 proof, Admiral Nelson’s Black Patch Rum features a sophisticated cream, black and silver label and closure reflective of its bold style on the popular Admiral Nelson’s glass bottle with blue accents reflecting some of the brand’s key equities.

Admiral Nelson’s Black Patch Rum will be available beginning in June at $10.99/750ml.

Sales of Haitian rum gaining ground in the Dominican Republic: “While the Dominican rum producers complain of high taxes (60% tax per bottle) and the decline in sales, the commercialization of rum smuggled, especially Haitian grows on the shelves of several traders in the capital. Bottles of different formats and brands like Bakara, Green Label, Maréchal and the traditional Barbancourt, are sold for between 50 to 700 pesos.

These rums have penetrated to such an extent the market that it changed the taste of the Dominicans as confirmed by a trader, who says sale Haitian rum both to the Dominican customers than Haitian.” (See more at: HaitiLibre.com) 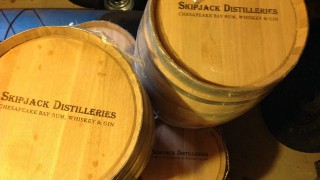 Skipjack Distilleries LLC has plans to open in Annapolis, MD in the Fall of 2015 providing their permitting and licensing is complete. Capitolizing on the city’s rich nautical tradition, the company’s name refers to the Eastern Shore’s oystering Skipjack boats. The distillery plans to create a trust to donate a portion of profits to helping skipjack owners repair and refurbish their boats. (See more at: CapitalGazette.com)

Bryan Davis of Lost Spirits Distillery claims that he’s uncovered a process to virtually eliminate the necessity of ageing spirits for long periods of time.

“Davis has come up with a method of producing spirits that taste like they’ve been aging in the barrel for 20 years, but his process only takes six days. Davis doesn’t accelerate the aging process like so many of the methods that have been tried in the past. Rather, he shortcuts it by taking new distillate and running it through his proprietary chemical reactor. Davis’s device forces the creation of the same key chemical compounds that give a well-aged spirit its unique character. Give him a week, and Davis says he can create a booze that tastes decades old.”

I didn’t—and still don’t—think the craft spirits movement could survive without someone hacking the process. – Bryan Davis of Lost Spirits Distillery

Bacardi Limited named a Mauricio Vergara as its Global Category Vice President of Rums. Vergara had joined Bacardi in 2013 as vice president of sales and marketing for Latin America, until he was promoted to Global Customer Marketing Director. (See more at: CaribJournal.com)

John Frum’s Cargo Cult Spiced rum gets its name mid-20th Centruy cult religion that sprung up on a string of Pacific islands after World War II. Legend has it that when the primitive islanders saw Allied supplies dropping from the sky they believed it to be a gift from the gods.

During the war the islanders were living primitively with little contact with the outside world when they saw a fabulous wealth of goods rain from the sky as the American Army parachuted in tons of supplies ahead of the arrival of its troops.

The rum’s name comes from the commonality of the name John during World War II. G.I.’s would introduce themselves as “John from South Carolina” or “John from Alabama”. So common was the name that islanders began to refer to all soldiers as “John Frum”.

Croft, owner of John Frum Cargo Cult Spiced, spent six months searching the Pacific to locate a supplier who could meet Australian laws requiring rum to have been aged two years in wooden barrels and which had the taste he wanted.

He now sources his rum from a small sugar cane plantation/distillery in the Papua New Guinean jungle. Croft has bulk quantities of rum shipped to Australia for bottling. (See more at: ExecutiveStyle.com.au) 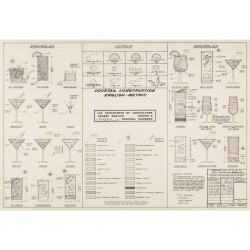 FoodAndWine.com writes: “Never let it be said that the United States government cannot produce compelling documents. Like this one with detailed descriptions of 21 cocktails. We are not sure how exactly this particular document was unearthed (h/t to Kottke for bringing it to our attention), but we’re glad it was. “Cocktail Construction,” from the United States Department of Agriculture Forest Service Region 8, dates back to 1974 and is currently housed—for real—in the National Archives of the United States. It has proper diagrams of everything from a whiskey sour to a gin fizz and contains specific instructions on when to shake, when to stir and in what order ingredients should go into a drink. According to the chart’s creators, when making a cocktail with fruit juice, you should always add liquor last. Who those creators are remains a bit of a mystery, though. The chart contains the signature of a regional engineer named Ketchum, but the drinks were supposedly checked by, among others, Ima Sot, Jim Beam and I.P. Freely. Check the lower right corner. It’s nice to see the Forest Service has a sense of humor. You can click on the chart below to zoom in and see the whole thing or find it over at the National Archives (thank goodness they document everything!)

The Rum Shop is intrinsic to Caribbean culture and is part of many islander’s daily lives.

“In Trinidad and Tobago, there are endless rum shops that can be found almost anywhere- by corners, beaches, main roads and back roads.

It is common to hear the terms “bar” and “rum shop” used simultaneously to refer to the same establishments, however, there are a few distinct differences between them. To put it simply- rum shops are for the grass roots and down-to-earths, whilst bars are for the more, well, refined if you will.” (See more at: CaribJournal.com) 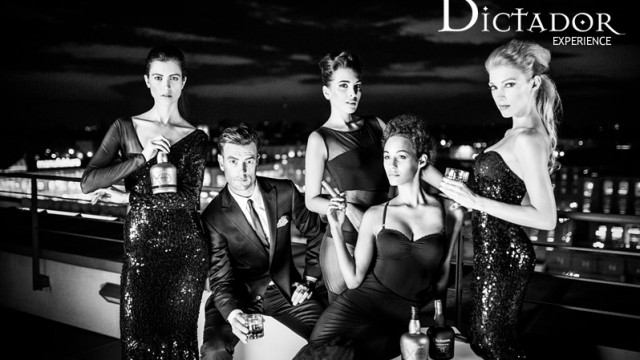 The progressive cocktail culture and desire for premium quality products have led us to believe that Dictador has great potential in Australia and we can build on Dictador’s worldwide success – Marek Szoldrowski, President, Dictador Rums.

Dictador’s distillery, Destilieria Colombiana, was established in 1913, while the brand itself is named after a Spanish immigrant who set out to improve tax collection for Spain in the American Spanish colonies. (See more at: TheSpiritBusiness.com)

Coopers from several smaller Caribbean distilleries recently spent an comprehensive week of training at Angostura Distillery in Trinidad learning to repair and maintain the wooden barrels used in rum ageing and maturation.

Premium Authentic Caribbean Rums are aged in oak barrels; keeping them leak-free is a challenge. Coopers, using timeless techniques, are charged with keeping the barrels in usable shape. They have to repair, rechar, and prevent leakage in barrels doing most of the work by hand. The training was sponsored by the West Indies Rum & Spirits Producers’ Association, in collaboration with Angostura. (See more at: NationNews.com)