SAN FRANCISCO, April 2, 2014 /PRNewswire/ — The San Francisco World Spirits Competition hosted its 14th annual competition on March 21st, 22nd, 23rd, 24th at the elegant Hotel Nikko in downtown San Francisco. Continuing its tradition of record-breaking entries annually, this year the number of submissions totaled 1,474 from 41 states, 64 countries covering 89 classifications. Many categories of spirits experienced a marked increase this year most notably American Craft Whiskey, Gin and Single Malt Scotch. Also of note this year was the increased entries of the Chinese spirit, Baijiu. Often a harbinger of trends in the marketplace, the competition is considered to be the rite of passage for top quality spirits as it has 39 of the world’s top professional palates serving as judges.

Anthony Dias Blue, Executive Director of the competition states, “Every year with this event we see the emerging trends in the spirits category, often our event is a launchpad for a burgeoning trend to be taken seriously. Prior to our event, smaller categories such as Pisco, Calvados, Cachaca and Mezcal were little known in this country, now bartenders and journalists worldwide turn their attention to our results to gauge the marketplace. Of particular note this year were the growing number of American distilled products, I’m particularly excited about the rise in quality American Whiskey,” stated Blue. 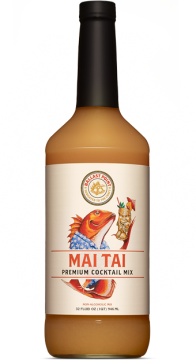 Awarded annually, this year’s Tasting Panel Magazine Distillery of the Year went to Midleton Distillery of Ireland with both their Midleton Irish Whiskey and Redbreast Irish Whiskey receiving a total of 3 Double Gold Medals and 3 Gold Medals including Best Irish Whiskey for their Redbreast 15 Year Old. Importer of the Year went to Pernod Ricard USA of New York, NY for the 2nd year in a row, and the Director’s Award of excellence went to Campari America, headquartered in San Francisco for its excellent portfolio of spirits.

A complete list of awards categorically will be posted to the San Francisco World Spirits Competition website on April 9th, please visit http://sfspiritscomp.com/ at that time for more information.

Thirty-nine international judges gathered this year with five new judges joining including: Erik Adkins, Beverage Director Slanted Door Group, San Francisco; Brian Bowden, VP Spirits, Beer, Tobacco, Beverages for BevMo!; Sean Bucalo Craft Spirits Specialist, Young’s Market Co; Tony Devencenzi, Director Beverage Academy, Bourbon & Branch, San Francisco; and Max Solano, Mixologist and Beverage Manager Emeril’s Restaurants, Las Vegas. Tony Abou-Ganim, aka the Modern Mixologist has directed the judging now for his 5th year and says of the event, “I’m flattered and humbled to be a part of a competition with some of the best palates in the world. I look forward to it all year and it is a great way for an established or unknown spirit to gain credibility in this business. The winners feel the impact of the competition’s results in significant ways and use the results to help build both their sales and reputations globally.” For more information about the judges, please visit http://sfspiritscomp.com/about/judges. 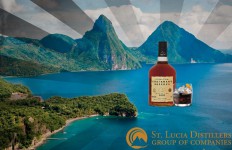