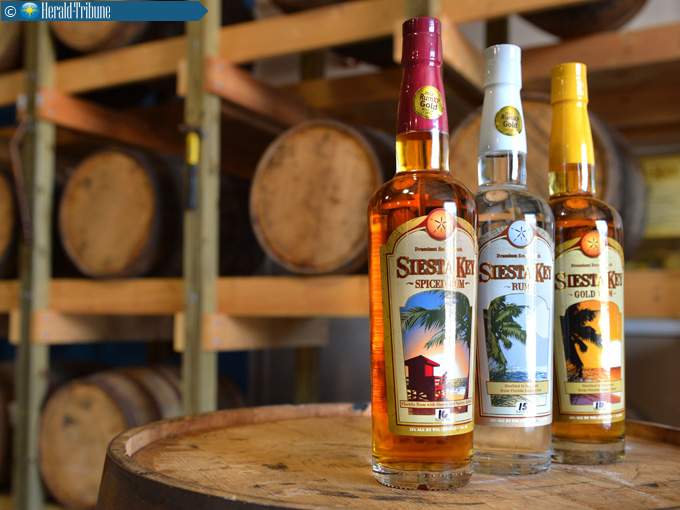 Siesta Key Spiced Rum has made it to Disney World.

The locally crafted, award-winning drink will be a key ingredient in one of Disney’s famous “Dole Whip” frozen desserts served at the upcoming Epcot International Flower & Garden Festival.

Drum Circle Distilling, which produces Siesta Key Spiced and other rums at a distillery in northern Sarasota County, will make its debut at the famous theme park.

“It’s a real coup for us,” said Troy Roberts, chief executive and distiller who founded the company in 2007. “The big guys like to be in those high-profile locations.”

Drum Circle has been working to expand in the Orlando and surrounding resort market, he said. He credits its distributor, Brown Distributing Co.’s Specialty Division, with landing the Epcot business.

“We are now approved in the park,” Roberts said. “We can leverage that to try and get into more of the actual Disney property resorts. Orlando is a huge market for us, not only all the people who live there but all the tourists coming down.”

The Epcot festival runs from March 6 through May 19. The sale itself won’t be huge, he said, but the exposure could pay off.

The company’s Siesta Key rum brands went national in January, with the Total Wine and More chain now selling them in 10 other states.