If you haven’t been paying attention recently then you might have missed the string of news stories making headlines over the past few months discussing the fact that many “local”, “artisan”, or “small batch” distillery’s aren’t always as they seem. In fact, many small distillers actually buy large quantities of spirits from a big distiller and simply label it as their own.

An article appearing on the DaileyBeast.com discusses two class-action lawsuits filed against distilleries that allegedly are advertising their product as “small batch” or “locally produced” when in fact the distiller is buying their spirits from a third party and bottling it as their own. According to one lawsuit, advertising and labeling for Templeton Rye infers that their product is produced in Templeton, Iowa when, in fact, it is actually produced in Indiana. The second class-action suit against Tito’s Vodka is very similar in vein. This suit claims that Tito’s Handmade Vodka couldn’t possibly be “handmade” or produced in “pot stills”, as their labeling and advertising claim, due to the shear volume of vodka Tito’s ships each year.

Buying products from large distillers, bottling and labeling it as your own has been done for many years. Vanity brands come and go quite often. Many well-known celebrities license their names to spirits products without actually operating their own distillery. The difference here is not that a few distilleries are portraying themselves as small, craft distillers producing custom spirits while in fact they are simply writing a check for a big batch of mass produced product. That reality can be a bit jarring to craft spirit devotees.

As mentioned in the DailyBeast article, dozens of companies from around the country purchase bulk ‘neutral grain spirits’ from MGP Ingredients. MGP Ingredients operates the United States largest spirits facility in Lawrenceburg, Indiana. MGP does not market any spirit products under its own label. They only sell bulk spirits to a list of distilleries across the U.S.

To see a list of brands produced by MGP Ingredients take a look at Recenteats.blogspot.com “The Complete List of American Whiskey Distilleries & Brands“. The list might surprise you. I was kinda shocked to see so many brands that buy from MGP Ingredients.

A few years ago a friend of mine mentioned the opening of Terressentia Corporation in Ladson, SC. Terressentia, like MGP, produces spirits marketed to private labels, vanity brands and upstart distilleries looking to get into the Spirits business.

Last year, while touring Six and Twenty Distillery (Piedmont, SC), I learned that Six and Twenty buys bulk bourbon from an unnamed Kentucky supplier and blends it with their virgin wheat whiskey to create their Six and Twenty Blue. The product tasted great but they surprised my friend and I with their adamant refusal to disclose the name of their Kentucky bourbon supplier.

Note: While researching this article I found that Anheuser-Busch InBev is also being sued for their labeling of Beck’s Beer (which is no longer brewed in Germany for the US market).

I recommend that you read the original DailyBeast.com reporting and I’ve included a number of other articles discussing the same issue:

– Recenteapot.com “How do you know its LDI?”

– Bevlaw.com “The Tito’s Lawsuit: When Approval is Not Approval”

– Flavor574.com “Some ‘craft’ whiskeys come from an Indiana factory instead of micro-distilleries” 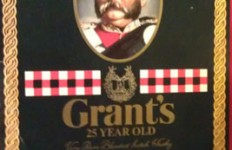 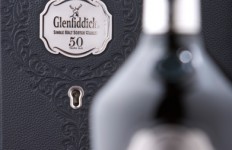