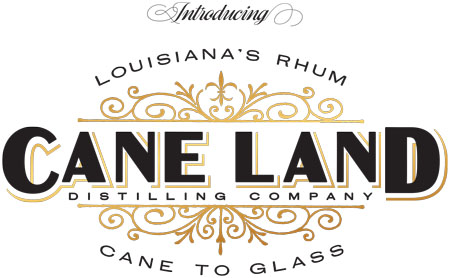 “We’re excited that it’s going to kind of become the rum capital of the United States.” WALTER THARP, FOUNDER

Cane Land Distilling LLC plans to build a craft rum and rhum distillery in Baton Rouge off River Road, with an initial production capacity of 60,000 cases.

Founders Walter Tharp and Jim Massey have been working on the project for about a year, Tharp said. Cane Land is set to break ground on the facility at 622 Oklahoma St. this fall with production to begin in late 2014.

The facility, designed by architect Dyke Nelson, also will include a tasting room and visitor center.

Cane Land is positioning itself as “Louisiana’s rhum,” Tharp said.

“Pretty much every time someone see’s that they go ‘What’s up with the H?’ ” Tharp said. “That indicates it’s an agricole rhum, which means it’s made from fresh-pressed cane juice.”

The French-colonized islands, like Haiti and Martinique, were the first to make rhum. It has a different flavor and aroma profile from other rums, which are made with molasses.

Molasses is used more often because fresh-pressed cane juice is difficult to come by; the juice begins to ferment immediately, Tharp said. But supply won’t be a problem for Cane Land because Tharp’s family has owned Alma Plantation and Sugar Mill in Pointe Coupee Parish for more than 150 years.

Cane Land will have access to raw sugar materials at every stage of field and mill production.

Tharp said Cane Land also will offer some regular rums — a spiced blend similar to others on the market and a shooting rum.

Cane Land is led by Tharp, Massey and Yvette Bonanno-Tharp, a Baton Rouge chef, restaurateur and caterer, as well as Tharp’s wife.

Tharp is experienced in sales and marketing, as well as fundraising and private capital investments.

Massey has been a member of American Distillers Institute for more than a decade and also has experience in design and development. Bonanno-Tharp will be concocting chocolate rum balls, rum cakes, barbecue sauces and other food products under the Cane Lands label.

Tharp said he’s excited about the new project and all the other companies that have opened craft distilleries in Louisiana.

The state is home to at least three other rum distilleries: Louisiana Spirits LLC in Lacassine, Donner-Peltier Distillers of Thibodaux and Celebration Distillation in New Orleans.

“We’re excited that it’s going to kind of become the rum capital of the United States,” Tharp said.