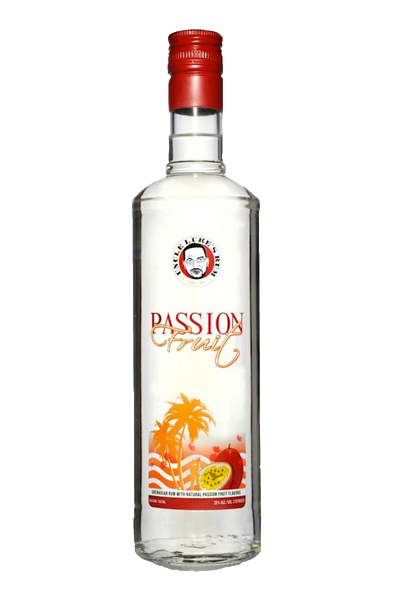 Now, 20+ years later, Luke Campbell is back in the public eye as he launches his signature rum line, Uncle Luke’s Rum. Their first flavor expression being Uncle Luke’s Rum (ULR) Passion Fruit which is currently only available in Southern Florida. The company has plans for more expressions and more markets in the upcoming year.

I haven’t found an online ordering site yet but I will be on the lookout and update this should I find one.

Miami, FL, August 21, 2013: Luther “Uncle Luke” Campbell is pleased to unveil Uncle Luke’s Rum (ULR) Passion Fruit, the first flavor in his line of imported signature Rums, exclusively to the South Florida market. “Passion Fruit” has an exceptionally smooth, refreshing, and authentic taste that today’s modern consumer is looking for. It offers a distinct profile unmatched by any other rum currently on the market.

Rightfully so for Campbell’s legendary status represents a distinction that can’t be diminished. He was the first to independently own a thriving record label in the South. He knocked down doors by taking the issue of freedom of speech on musical recordings to the Supreme Court and won. In doing so he created the very first parental advisory sticker. A First. He created the first street team and discovered talent that has gone on to sell millions of records.

Uncle Luke’s Rum Passion Fruit is manufactured exclusively by Grenada Distillers Limited and imported from the Caribbean island of Grenada. Grenada Distillers is the largest and best-known distillery in Grenada which has been in operation since 1937 and has been awarded over 105 medals internationally for their rum products. Grenada Distillers Ltd aims to achieve the highest quality and total customer satisfaction. Uncle Luke’s Rum is made under the expertise of their trained distillers using rich molasses, distilled and blended using their own secret traditional methods. The rum line is distributed by Republic National Distribution and is expected to be released to additional markets by the end of the 2013.

Miami’s original bad boy, pop culture icon, and consummate businessman, Luther “Uncle Luke” Campbell, is one of the few American celebrities who has had an indelible impact on the worlds of rap music, sex, business, law, and politics simultaneously. Unlike other artists who have simply followed the movement, Luther Campbell is an originator, a man of many firsts. As the architect of Miami “bass” hip-hop, Campbell paved the way for Southern hip-hop to escalate from its regional popularity into a dominant musical force.