International Tiki Marketplace is coming to Don The Beachcomber on March 12th.

As the spirits industry has seen an explosion in sales growth over the last decade, there has also been a sharp rise of women in the industry. Lynnette Marrero, cocktologist, spirit guide, philanthropist, cocktail evangelist and co-founder of Speed Rack, a national cocktail competition for female bartenders. Lynnette is also the National Rum Educator and Mixology Ambassador for Zacapa Rum. (Forbes.com)

LambsNavyRum.com has added a “history of rum/History of Lamb’s Navy Rum” to their website. In 1849, with the blending of “no fewer than 18 superior rums from Barbados, Jamaica, Trinidad, and Guyana” Lamb’s Navy Rum began production.

Lost Spirits Technology was awarded the top innovator prize of 2015, the “Global Master of Innovation” award, by leading publication – Spirits Business Magazine. The prize was awarded for the Company’s breakthrough in distilled spirits aging. The aging reactor, known as THEA, is designed to greatly improve the quality of spirits through rapid aging. (PRNewsWire.com) 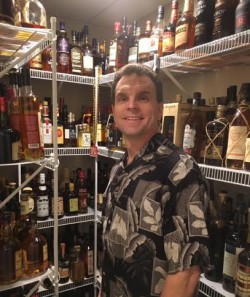 TheRumLab.com has a nice interview with Bill Mohler. Bill is a personal friend of The Rum Trader. We met during last year’s Miami Rum Festival. Bill has got to be the most intense rum collector I’ve ever met. His collection numbers over a 1000 bottles and is ever growing.