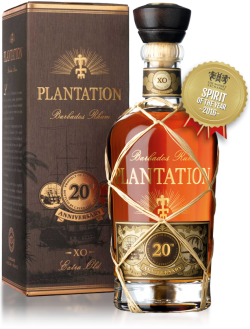 “Plantation Extra Old 20th Anniversary is a decadently rich, spicy rum from Barbados, perfect sipped after dinner or with dessert. It’s made with some of the company’s oldest rums, offering huge depth and complexity. The rum is then shipped to France for a further 12-18 months’ ageing in French oak casks, adding creaminess and elegance.”

In the current issue of Garden And Gun they talked Martinique rums.

But back to the rhum—that’s rhum with an h, as in rhum agricole, the alluring and increasingly popular variety of the spirit that’s distilled from the freshly pressed juice of sugarcane, rather than from molasses, as some 97 percent of rums are. Martinique is ground zero for the world’s finest rhum agricole” 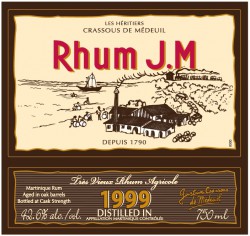 CocktailWonk.com has been searching through the Tax and Trade Bureau’s website for recently filed rum label applications. The Wonk writes:

“To construct the list below, I ran a query against the TTB database, constrained to the past two months, and cherry-picked the label approvals of broadest interest to the rum community. There are certainly more rum approvals than listed here. While many small U.S. distilleries make rum, their scale and distribution is limited, so I’ve omitted them. Also, be aware that there is often a significant length of time between label approval and bottles appearing on the shelf.”

In addition to a number of U.S. craft distillery labels, there were a few labels that caught his eye including four El Dorado cask finished rums, new products from Martinque’s Rhum JM, and for the first time on U.S. shores Danish rum producer Skotlander.

I found this online this week so I thought I would share it for my tikiphile readers. Webley Edwards hosted Hawaii Calls each week for 40 years. The live broadcast emanated each week from the courtyard of the Moana Hotel on Waikiki Beach. Here is the intro for the weekly broadcast.