Last week’s Rum & Cocktail was published late because I spent the week in Ft. Lauderdale, FL attending The Hukilau. Our crew of seven piled into my friend’s conversion van and drove the 9+ hours to “The World’s Most Authentic Tiki Convention”. Among the festivities I was happy to see my friends from Gubba Rum, FWAYGO Rum, Blue Chair Bay Rum, Rhum Barbancourt, The Real McCoy Rum, and Wicked Dolphin Rum. Check out some great photos at SouthFlorida.com

“[Eleven Wells is] kind of making a name as the most experimental of the different distillers in town,” Grumdahl said. The distillery will soon be releasing aged rum.

TheFatRumPirate.com has a interview with “A Mountain of Crushed Ice” owner Helena “Tiare” Olsen. They talk her favorite rums and cocktails, tiki, and her inspiration to write about both. 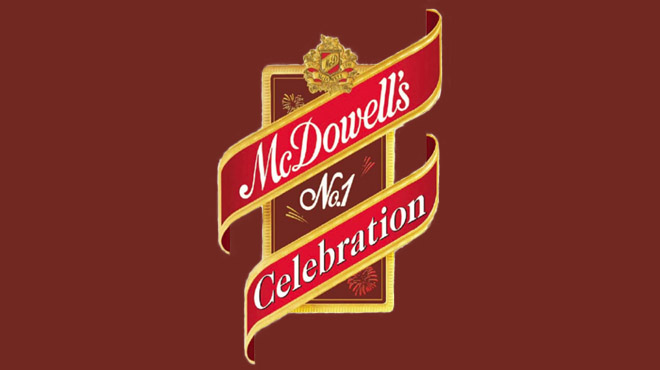 For years Bacardi has been the king of rum. But, as Bob Dylan sang, “the times they are a-changin’“. Over the last few years Phillipines-based Tanduay Distillers has been trying to topple King Bacardi for rum dominance but after three straight years of Bacardi sales, United Spirits’ McDowell’s has taken the rum world’s title of #1. (Read more at: DrinksInt.com)

The classic Daiquiri is lime, sugar, and rum but the drink is more than that. Named after a small village on the southern coast of Cuba – where US troops landed during the Spanish-American war – and an iron mine populated with hard-partying American engineers. Its the perfect summer drink. Though the 1970s & 1980s tried to turn the humble daiquiri into a frozen, sugary disaster this classic is finally getting the recognition it is due as a go-to summer cocktail. (Read more at: DrinksInt.com)

WarOnTheRocks.com has published Part 2 of their “Rum as an Ethos” series. “The title, despite being a bit of a flourish, reflects the importance of Cuba’s national spirit to the country’s future, both politically and socially.” Rum is at the heart of Cuban’s daily lives but is rum production and Cuban society itself ready for the flood of American tourist ready to storm the island nation. Read Part 1 here.

Cap Maison, a 49-room resort in St. Lucia,was ranked Number Two in the entire Caribbean on Travel + Leisure Magazine’s 2014 World’s Best Awards. Cap Maison long list of the finest Caribbean rums is about to get deeper as they jump into craft rum. They are now offering their own extra aged 10-year old Cap Maison Cask Aged Rum, crafted for the resort by Saint Lucia Distillers and aged onsite.

Cap Maison uses a blend of pot and column stills, which is aged in used port casks before further aging at the resort, with a variation of the solera method used for sherry, in small medium toasted white oak barrels. When the rum is barreled it is bottled in front of hotel guests.
(Read more at: Forbes.com)

Louisiana’s rum history dates to Colonial America. Early rum production was crude, which the French called “tafia.” Sugar production has a long agricultural tie with the state numbering 1200+ mills by 1850. All of those mills produced a lot of molassas which led to huge rum production. Civil War destruction and the end to slavery all but ended most Louisiana rum and sugar production. Prohibition brought the death blow to both state industries. Over the last few years modern rum production has returned to the state including Rougaroux Rum and Bayou Rum. (Read more at: DailyComet.com)

There are a number of classic Tiki cocktails, like the Zombie, the Scorpion Bowl, and Planter’s Punch but where are the new modern tiki cocktails?

“For one, modernization in tiki welcomes alternative ingredients. At New York’s Donostia, Will Peet combines three different types of sherry in the The Mauser, a tiki drink born in a restaurant with no liquor license. Jeremy Oertel of Donna adds Campari to the usual Mai Tai formula in his Bitter Mai Tai, and Branca Menta to the Piña Colada in his Brancolada, effectively rejiggering these classics for a bitter-loving 21st century. And if two bitter tiki drinks isn’t enough (it isn’t), Oertel’s kid brother to the Bitter Mai Tai, the Artichoke Hold, plays off of a lower-proof base (a la Peet) and turns up the volume by way of the classic Italian artichoke amaro, Cynar, and the unorthodox addition of St. Germain.” (Read more at: PunchDrink.com)

Green Room Brewing in Jacksonville Beach is marking their 4th Anniversary with the release of its annual bottle release of Secret Spot Imperial Stout. This year’s stout was aged in Puerto Rican rum barrels for six months, and is 10 percent ABV. Limited to 500 bottles at $15 each. (Read more at: Jacksonville.com) 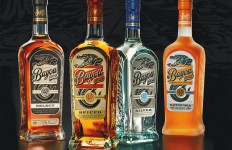