Attending last week’s Miami Rum Renaissance Festival was great in many ways. In addition to participating on the new inaugural Consumer Rum Jury, I spent three full days sampling rum, talking rum, touring a rum distillery, and going on an extended Rum Hunt around the city. Not until I unpacked my car did I realize how much rum I brought back from the Festival.

First I want to thank the wonderful distillers who so kindly provided review samples of their expressions including Gubba Rum, Siesta Key Rum, Ron Cartavio, and Bayou Rum. I can’t wait to spend an extended time with each of their rums and experience them in an isolated environment.

I want to thank my fellow Consumer Rum Jurist Bill Mohler for providing me a bottle of FWAYGO Rum. The guys at FWAYGO had given Bill an extended tour prior to the festival and Bill happily introduced me to them and their “Best In Class – Premium White Rum”. Bill is an extreme collector of rum. He had pre-planned his rum hunt and kindly let me tag along.

Lastly I want to thank Matt Malone and his staff at Miami Club Rum for leading us on a personal tour of his distillery. We spent an extended period of time talking with Matt about production, ageing, distribution, and his future expressions. Matt’s place is too cool…I mean they named their still “Sugar Lips” and infuse their rum with music by continuously playing it Salsa music.

Between the festival and my rum hunt I was able to bring home 20+ terrific rums for review samples, social enjoyment, and to expand my collection. Coolest rum find: two old mini-bottles of Diplomatico with their original tax labels intact. 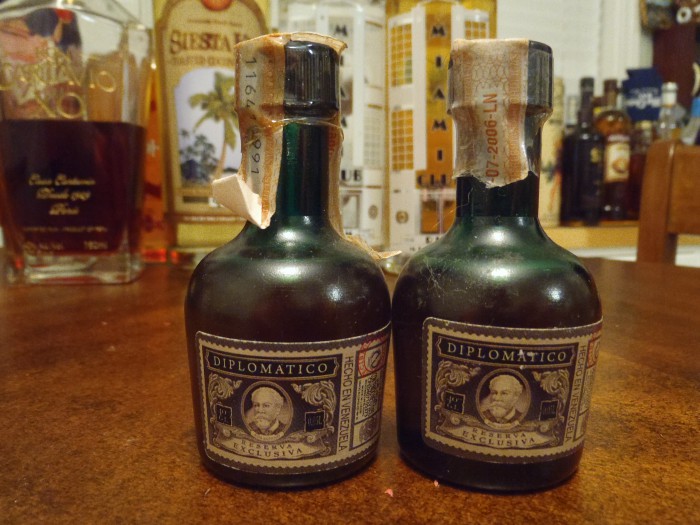