I became a fan of Tiki culture at the tale end of the 2nd Wave of Tiki fandom (early 2004). I evolved into a Tiki afficiando over a great many years. In high school, I was really into counter cultures including alternative/punk rock music, folk music, beat poetry, mysticism, etc. I was a history major in college. I also became a big fan of Jimmy Buffett, trop-rock and all things tropical.

The combination of these interests led me to 1950s folk music and beatnik history. After a brief interest in 1950s jazz, but I was really more interested in 1950-60s pop culture. By 2004, the combination of all my previous interests (counter culture, tropics, jazz) led me to my current fascination with 1950s Polynesian, Exotica music, Tiki Drinks and RUM!

Interest in Tiki culture and Tiki cocktails owes a tremendous debt to Jeff “Beachbum” Berry‘s recipe publications. Jeff has dedicated about 25 years to the subject and has published more than a half dozen books on the topic.

So I am particularly excited about “Beachbum” Berry‘s first foray into Tiki bar ownership with his Tiki vision Latitude 29 in New Orleans. I briefly spoke to Barry about his new business venture at 2014’s The Hukilau when I bought his latest book “”. Since I own most of Berry’s cocktail books my mind races with the menu possibilities that I am sure will appear at Latitude 29 so I cannot wait to travel to NOLA to check them out. Perhaps at this year’s Tales Of The Cocktail? Only time will tell. 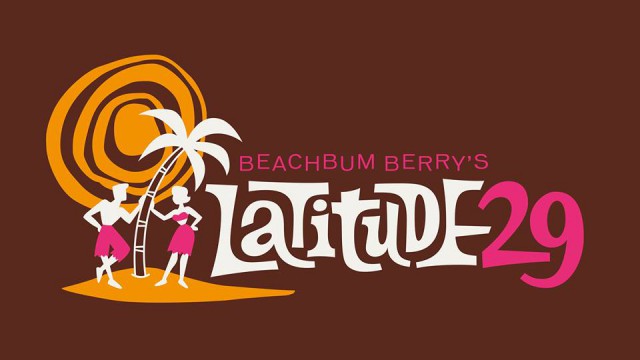