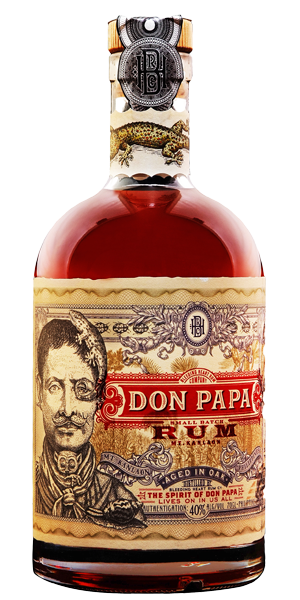 As rum increases in popularity around worldwide, I discover more and more rums that I haven’t had the opportunity to try. Many exotic rums are not imported to the the United States so finding a website like Flaviar.com has been great. Flaviar tracks down a wide variety of spirits from all corners of the globe and will ship individual bottles to the U.S. Their ship time is relatively fast and their items always arrive well packaged. I recently bought a bottle of Tres’ Hombres from them for Christmas.

Recently I was reading about Don Papa’s Rum on Flaviar. Don Papas Rum is produced on the island of Negros, Philippines, and is oak-barrel-aged for seven years in the nearby foothills of Mount Kanlaon.

Flaviar has this to say about The Don:

The First Sipping Rum from the Philippines.

Don Papa was started in 2011 by Stephen Carroll, a former exec at Remy Cointreau. Inspiration came during a visit of Philippines’ sugar capital of Negros. Carroll was fascinated by the stories of an island that had everything; from the World’s finest sugarcane, beautiful beaches, mountains and volcanoes…even guerrillas in the hills. He deemed it only natural for Philippine Rum to be produced in Negros. The brand Don Papa was inspired by an unsung hero, a healer, shaman, seer, rebel, and leader of a group of babaylane, who played a key role during the late 19th-century Philippine Revolution.

Don Papa Rum was aged for 7 years in American oak barrels in the foothills of Mount Kanlaon. It’s the first sipping Rum of the Philippines, where the majority of Rum consumed is mass-produced, cheap and mainly meant to be mixed. But like everywhere around the World, people are waking up to pristine, small batch and craft products.

SmartAss Corner:
– Don Papa’s bottle comes from France, the cork from Portugal, the label from Italy and the brand image from New York’s Stranger & Stranger design firm. Don Papa has earned a double gold medal for packaging design at the 2013 San Francisco World Spirits Competition, and product innovation of the year at the 2013 Paris Cocktail Spirits Show.
– There are 50 animals hidden in the label. Can you find them?

Don Papa is a premium aged small batch rum from the isle of Negros Occidental, the Philippines. Distilled from some of the finest sugar cane in the world, Don Papa is first aged 7 years in oak barrels in the foothills of Mount Kanlaon before being blended to perfection.

Negros Occidental is and has always been the sugar capital of the Philippines. Due to the perfect combination of climate, geography and the rich volcanic soil on the island, Negros is ideally suited for sugar cane production.

Light and fruity on the nose whilst smooth and delicate on the palate, the light amber colored Don Papa has a long, rich-textured finish and offers flavors of vanilla, honey and candied fruits. 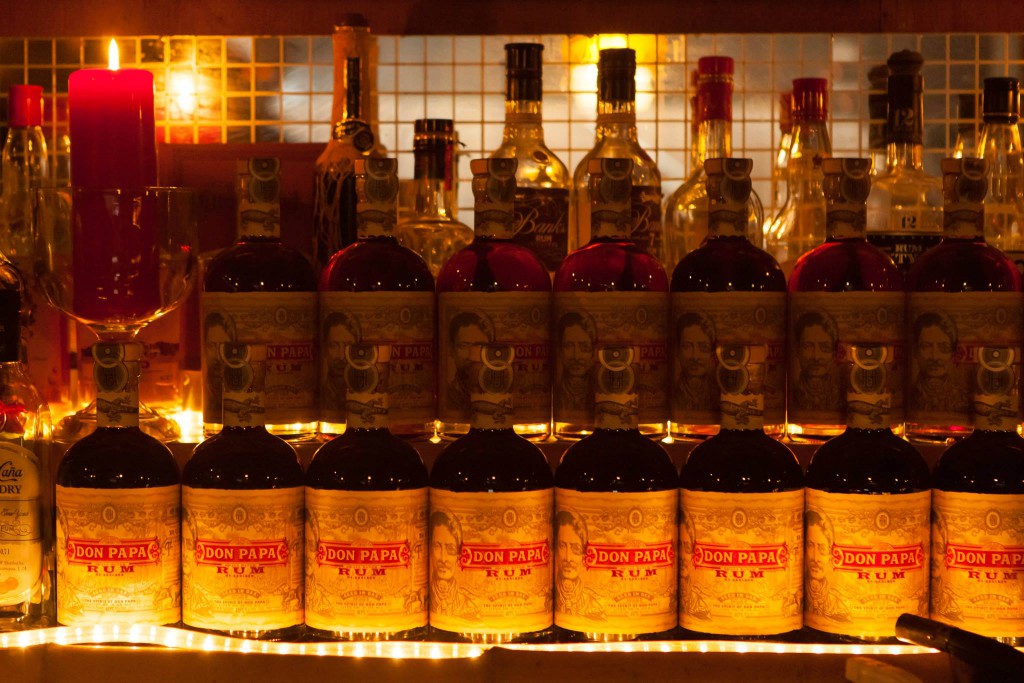 Don Papa or The Don:

Don Papa Rum or the The Don, was inspired by the story of one of the unsung heroes of the Philippine revolution: Dionisio Magbuelas, better known locally as “Papa” Isio. Initially a foreman at a sugar plantation, Papa Isio — healer, shaman, seer, rebel, and leader of a group of babaylanes — played a key role during the late 19th-century Philippine Revolution. Papa Isio’s spirit and leadership played a critical part in freeing Negros from Spanish rule, ultimately leading to independence for his beloved country.

Don Papa Rum embodies Papa Isio’s spirit of independence, irreverence and sense of justice. Created in 2011 and now ready for consumption in 2012, The Don invites you to REVOLUTIONIZE your rum-drinking experience.