Daufuskie Island Rum Company is initially producing batches of Silver Edition rum, a white (clear) rum that takes about a week to distill as it ramps up operations. A spiced rum will be introduced in February, and Gold Edition aged rum is expected to join the portfolio in July. Gold Edition rum will be aged six months in Kentucky bourbon barrels according to Chase, which he says will give it a unique color and flavor. He projects production volume to reach 150,000 bottles per year when the facility reaches full capacity.

As a micro distillery Daufuskie Island Rum Company is permitted by law to sell up to three bottles per person per day for off-premise consumption. Chase chose the micro distillery format to create a destination attraction for visitors to Daufuskie Island. In addition to a production facility the property features a 500 square foot porch for visitors to sample a taste of rum from rocking chairs while enjoying the view of a 1-acre pond and the beautiful Lowcountry South Carolina backdrop. Distillery tours, a tasting room and retail store also opened in December. “It’s very tour friendly,” said Chase. “We designed it with both the practicality of producing rum in mind, but also to pique the interest level of those who want to take a tour.” According to the company’s Facebook page people from as far away as Pennsylvania, North Carolina, Ohio, Missouri, and Montana visited Daufuskie Island Rum Company within a week of its opening. In addition to the other facilities, a 4-acre field with a 16’ by 12’ deck on the opposite side of the pond serves as a venue for concerts and other outdoor events.

A portion of the site is set aside to grow sugar cane for use in rum production. “It wouldn’t be enough to produce all of our product, but we’ll certainly be able to incorporate some locally grown sugar cane in our rum,” Chase said. It will take about two years to cultivate the first usable crop.

Daufuskie Island Rum enlisted DTM Agency, a Hilton Head Island, S.C. based marketing firm, to handle branding, marketing and public relations. DTM turned to local artist Amiri Farris to create a brand identity that will differentiate Daufuskie Island Rum from other brands in the category. Farris, whose work evokes the spirit of South Carolina and Georgia Sea Island cultures, created the company’s distinctive pelican logo as well as labels and other visual branding elements that capture the essence of Daufuskie Island’s unique heritage. “It makes a huge difference. Now that bottle will jump off the shelf into your hands,” said Chase.

Although operations have only recently commenced, the buzz about Daufuskie Island Rum Company has been circulating through the local community and around the Southeast region for months due to word-of-mouth and a pre-launch social media campaign. Fans of the distillery’s Facebook page were given the opportunity to reserve one of 200 Silver Edition Commemorative Island Batch bottles, and all 200 were claimed within 48 hours. Meanwhile, Facebook fans can follow the travels and exploits of “Shotty the Shot Glass” as he makes his way around the country and the world.

The retail and wholesale trades are showing interest as well. “Demand for the product has been amazing,” Chase said. “Restaurants, bars and others from all over South Carolina and Georgia have been calling because some of the over 8,000 Facebook fans of the rum company have been asking for it.” Chase expects to have distribution agreements with spirits distributors in South Carolina and Georgia in place before February.

Plans are in the works for a July 4 event on the premises celebrating Daufuskie Island Rum’s grand opening and thanking fans and customers for their support. Details to come as they become available.

Daufuskie Island Rum Company is a micro distillery producing small batches of silver, spiced and gold rum on picturesque Daufuskie Island, S.C. Its products are available at bars, restaurants and package liquor retailers throughout South Carolina and Georgia. The distillery is also a destination attraction offering tours, a tasting room and a gift shop for Daufuskie Island visitors. 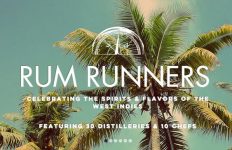 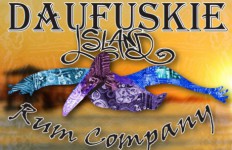 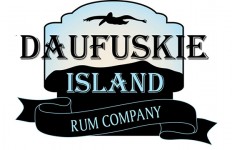