Today I was reminded that I have had a LivingSocial.com coupon to tour Muddy River Distillery in Charlotte, NC for months now and I really need to visit them soon. 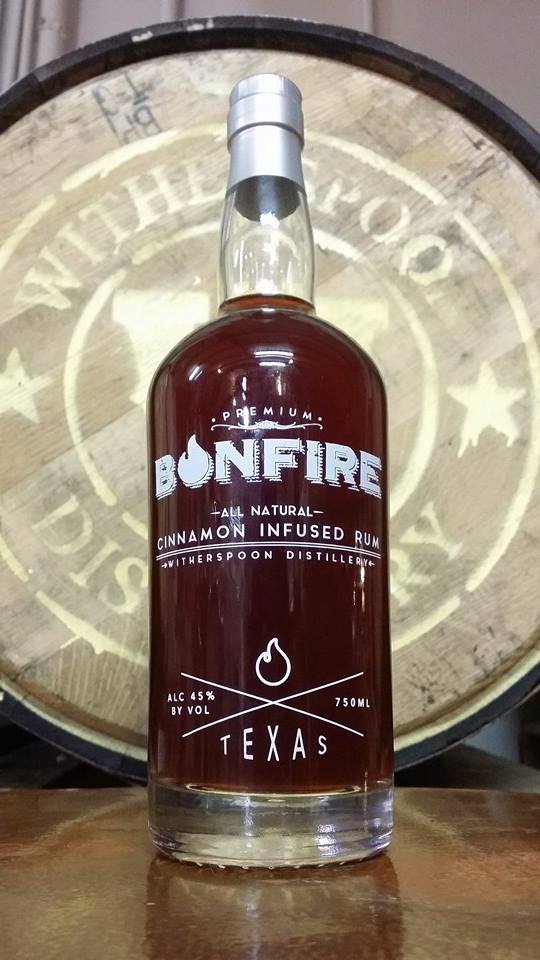 For the past few years, Fireball Cinnamon Whiskey has been the hottest spirit on the planet. I’ve often wondered which rum company would bypass production of a Spiced Rum and simply produce a straight Cinnamon Rum instead. Witherspoon has done just that and they bottle it at 90-proof to boot. I must admit I am grinning like a school girl just thinking about Bonfire Cinnamon Infused Rum.

At the Witherspoon Distillery, our rum is handcrafted and distilled in small batches to ensure superior flavor and quality.

Bonfire takes this one step further by perfectly pairing all natural cinnamon with the sugar cane and molasses that our rum is produced from.

Bonfire has a bold cinnamon flavor that starts smooth and finishes with a touch of warm spice.

Witherspoon’s River Rum purports that it’s recipe was perfected in the Caribbean over twenty years ago. Made from a blend of sugar cane and molasses, River Rum bottles at 80-proof and has highlights of vanilla and butterscotch.

Full flavored with hints of vanilla and butterscotch, Witherspoon’s River Rum finishes warm and smooth. Over two decades ago, while living in the Caribbean, Quentin developed his award-winning recipe purely from sugar cane and molasses. It was here that he not only learned to appreciate the craft of rum distilling, but realized he wanted to offer American made plantation style rum, staying true to its American roots. Winning multiple awards in its first year alone, this rum has been crafted for the true connoisseur.

If you find yourself in the Lewisville, TX area (North of Dallas/Ft. Worth) stop by for a tour and sample. I am sure they’d be happy to see you. Unfortunately, like most craft alcohol being produced around the country, I cannot buy either of these tasty sounding rums locally. Maybe if I ask the fine folks nicely, they will send me a review sample so I can give both of these fine rums a proper review.