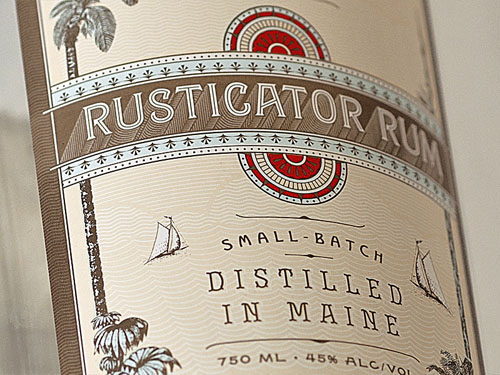 Put down the rum and Coke.

Bartlett Winery and Spirits of Maine Distillery has launched a fine rum, made from organic molasses sourced in South America…

However, the organic molasses, which is from South America, came along, so he launched the rum first.

The rum received a rating of 88, a “very good, strong recommendation” in the Ultimate Spirits Challenge at Astor Center in New York in March…

The judges’ tasting notes about Rusticator Rum are as follows: “Robust aromas of vanilla, toffee and cigar smoke give way to faint traces of lime and banana. In the mouth vanilla, brown sugar and a subtle touch of salinity work their magic and lend a hand to a long, sweet finish.”

The rum is named for the “rusticators” who came to Maine from cities at the turn of the century for fresh air and exercise.

Bartlett is meticulous about every aspect of his products, including labels and bottles. The bottles are made in the United States. The Bartletts have been working with the same graphic designer to create their product labels for several years.

Rusticator Rum can be found on store shelves this month.

The Bartletts opened their Gouldsboro winery in 1983. Today, they produce nearly 7,000 cases a year. Bartlett Winery has more than 20 varieties of wine, which, range from dry and semi-dry blueberry reds to pear-apple whites, sweet blackberry dessert wines and honey meads.