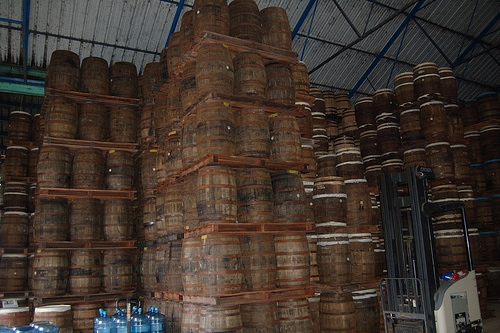 A rum tax for Puerto Rico

Another longstanding item—this one dates back to 1917. Congress currently levies an excise tax worth $13.50 per gallon on all rum produced in or imported to the United States. Most of that money is transferred to Puerto Rico and the Virgin Islands, who use the revenue to support their rum industries. In 2009, this tax raised some $547 million. The cliff deal would extend the current arrangement another year. (By the way, Puerto Rico’s non-voting representative in the House, Pedro Pierluisi, thinks this tax set-up is too favorable to rum distillers.)