At Tales Of The Cocktail 2014, Plantation Rum released a 1000 bottle, limited edition pineapple rum as a recognition to spirit insiders whom had participtated in the Bartenders Apprenticeship program. Plantation infused ripe Queen Victoria pineapples in Plantation Original Dark Rum for three months, before adding the distillate of rum macerated with the bare rind of the fruit.

The rum was such a hit that Plantation decided to make it part of their full rum line. However the seasonality of Queen Victoria Pineapple’s limits the production of Plantation Pineapple ‘Stiggin’s Fancy’ Rum to four spring/summer months. The first batch was recently released across the U.S. so grab a bottle or a case while you can. 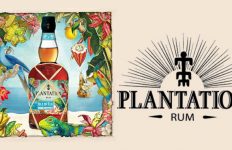